A Eulogy For KFC’s Potato Wedges, Which Are Being Replaced By French Fries After A Glorious Three-Decade Run 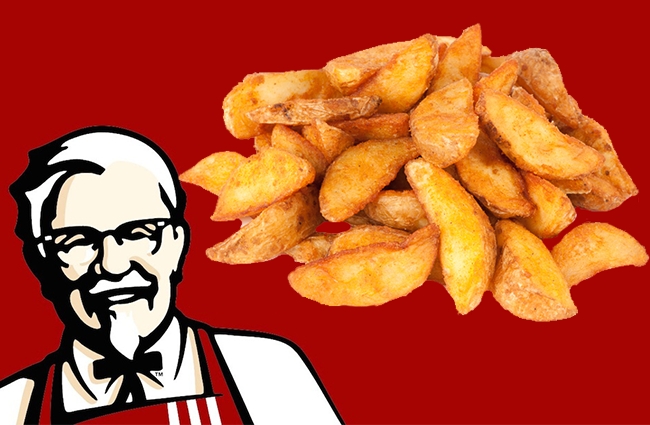 It seems like there is nothing people on the internet enjoy doing more than arguing with strangers over every possible topic despite knowing that most of the time there is literally nothing to be said or points that can be made that will actually result in their online foe rethinking their stance on the issue. However, that sure as hell hasn’t stopped people on social media from constantly engaging in these largely futile wars of words.

Some of the issues being discussed are as divisive as they are important, and while it’s understandable that debates concerning social problems that have a direct and tangible impact on people’s health, livelihood, and overall well-being can get very intense, others are capable of getting just as heated over incredibly trivial matters that are essentially meaningless in the grand scheme of things.

One of the most vicious realms of the internet you can stumble into is the one where fierce defenders of their culinary choices go to battle to argue about things like whether or not a hot dog is a sandwich, if a grilled cheese is still a “grilled cheese” as opposed to a melt if it contains any non-dairy ingredients, and a smorgasbord of other virtually inconsequential back-and-forths that continue to rage and may never stop doing so.

The various merits of popular fast food restaurants are also always a hot topic of conversation and even more so nowadays thanks to the ubiquity of the “One’s gotta go” posts that litter social media, the only place where you can find people who are willing to challenge someone to fight them in real life over a disagreement that stems from the question “Who has the best ice?”

However, I would say in that particular sphere, there is one topic of conversation that tends to rear its head more often than any other: whose french fries reign supreme.

Making fried potatoes is as much an art as it is a science, as you need to strike a careful balance between the crispiness of the exterior and the fluffiness inside and everyone has their own opinion concerning which places have perfected the formula.

First, you’ve got your Burger King diehards who put far too much credence into the occasional unexpected onion ring. Then there are the McDonald’s fans who torture employees with the  “Order them with no salt so they make a fresh batch you can add your own salt to” life hack while minimizing the fact they taste like sadness if they aren’t consumed within seven minutes. You’ve also got the Wendy’s people, who I just can’t figure out for the life of me (unless we’re talking about dipping them in a Frosty).

There are also a number of other places that serve up less traditional potato-based sides, including Chick-Fil-A’s waffle fries (which I refuse to lump in with the more standard variety), the tater tots at Sonic, and, of course, KFC’s potato wedges.

According to a KFC spokesperson I chatted with, the chain had traditional french fries on the menu when it was originally founded, but in the early 1990s, the potato wedges were introduced and subsequently found a special place in my heart. I’ll admit they don’t even come close to the top of my fast food fried starch power rankings (Five Guys probably tops that list) but by going all-in on the potato aspect, the chain managed to set itself apart in a crowded space and earn my respect in the process, which is why it’s always been my side of choice whenever I get a hankering for some efficiently-served fried chicken.

Sadly, I regret to inform anyone in the same position as myself that a glorious era has come to an end, as KFC recently provided the world with some bad news at a time when we already have enough to deal with by announcing its potato wedges are being phased out by the “Secret Recipe Fries” it began testing last year.

The chain has already received a fair amount of backlash and will likely only be at the receiving end of more heat as the transition heads toward completion but here’s how the representative I talked to responded when asked about the criticisms:

KFC’s Secret Recipe Fries (tested last year) are rolling out nationally and while we know there are wedge-lovers out there who may be disappointed, consumer response to our Secret Recipe Fries during the test and the rollout has been overwhelmingly positive.

Robert Frost was right after all: nothing good can stay.