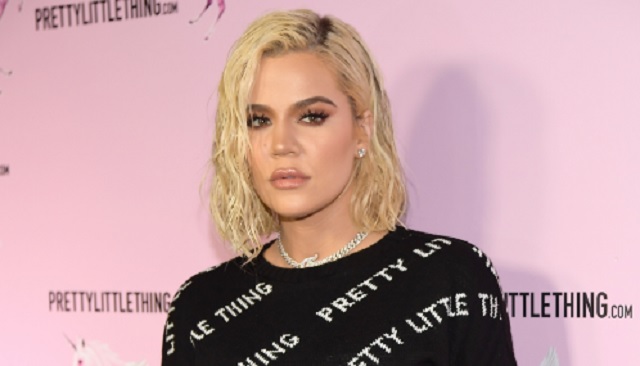 The Khloe Kardashian-Jordyn Woods beef is starting to heat up.

This afternoon Jordyn Woods appeared on Jada Pinkett-Smith’s Red Table Talk show to tell her side of the story regarding the Tristan Thompson affair that broke up his marriage to Khloe.

According to Jordyn, she only gave Tristan a “peck on the lips” while drunk at a L.A. house party. She also went to Jada that she didn’t believe it was her fault that Khloe broke up with Tristan.

Jordyn says she went to dinner with friends Sunday night and went to a bar afterward. Tristan was there.

After the club, everyone went to a house and it happened to be Tristan's house.

Jordyn was on her way out of Tristan's house.

"He did kiss me… No tongue kiss. No making out. Nothing."

She says she left right after. pic.twitter.com/JXjnkTfLzR

The next day, she talked to Kylie and Khloe and let them know Tristan was "chillin" leaving out what had happened, "I was trying to protect Khloe's heart."

"I'm no homewrecker, I would never try to hurt someone's home, especially someone that I love." pic.twitter.com/8gP5nkRMin

Khloe apparently watched the show and took to Twitter to blast Jordyn for lying to Jada about her involvement in the affair.

Why are you lying @jordynwoods ?? If you’re going to try and save yourself by going public, INSTEAD OF CALLING ME PRIVATELY TO APOLOGIZE FIRST, at least be HONEST about your story. BTW, You ARE the reason my family broke up!

Tristan is equally to blame but Tristan is the father of my child. Regardless of what he does to me I won’t do that to my daughter. He has been addressing this situation PRIVATELY. If Tristan were to lie publicly about what conspired,then yes I would address him publicly as well

The Internet appears to be siding with Khloe because everyone believes Jordyn was lying during her appearance on Red Table Talk.

You could tell Jordyn lying though

Narrator: she was in fact, a home wrecker pic.twitter.com/iH3Cfl22ab

Jordyn woods is lying but that doesn’t mean that it’s all her fault. As much as I love Khloe she should blame her man as well. He KISSED HER. It’s his fault y’all family is broken. He isn’t FAITHFUL.