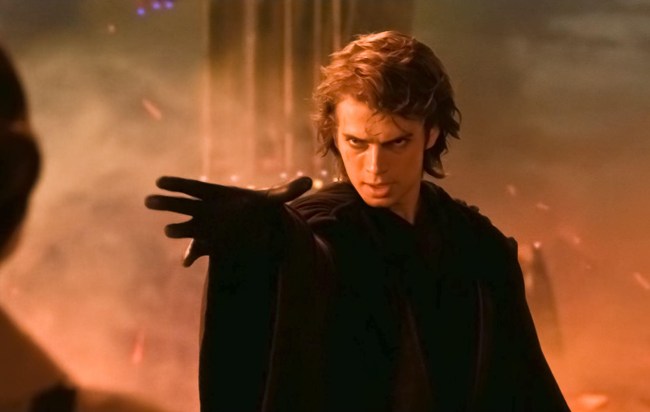 While I’m not yet a parent — and frankly, at 29-years-old, don’t feel quite close to being one, either — I do have advice for all the parents of the word, particularly the movie-lovers: if you want your children to be passionate about the original Star Wars films, share them with your child as young as possible.

The reason I harbor this opinion is due to my own personal experience: having been born in the early 90s, I don’t remember having a Star Wars obsession as a young kid and when the prequels came out, let’s just say they weren’t necessarily kid-friendly, particularly in the early-going (The Phantom Menace is essentially about tax collection, after all). Due to all of this, I didn’t truly connect with the magic of the Star Wars world until the likes of Rogue One, The Last Jedi, and The Mandalorian.

This young padawan in the below video, though, clearly doesn’t have the same issue connecting to Star Wars as I did, as he not only somehow got the chance to interview Darth Vader actor Hayden Christensen, but he got to live out his own personal Star Wars dreams, too: using the force. Finally, the Younglings get their revenge!

Christensen, obviously, is promoting the release of Obi-Wan Kenobi, which will debut its first two episodes on Disney+ on Friday, May 27. The series sees Christensen playing Darth Vader for the first time since 2005’s Revenge of the Sith. The same, of course, goes for Ewan McGregor’s reprisal of Obi-Wan, a role he hasn’t played in over 15 years.