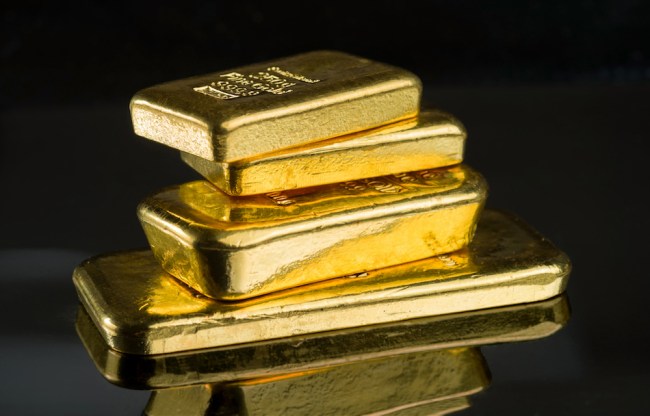 Talk about something good coming in the middle of chaos, two 10-year-old French kids reportedly discovered two bars of pure gold while in quarantine with their family.

According to the BBC, the kids and their parents left their home city of Paris in mid-March to spend lockdown in a family home in Vendôme, a city southwest of France.

The kids, likely bored out of their minds, asked their parents if they could build a fort outside. The boys wanted to use branches, leaves, and bedsheets.

Their dad told the duo to search around the house for stuff to make the fort and suggested the kids use a set of his mother’s old bedsheets.

Inside the old sheets, the kids discovered the gold bars, but didn’t know what the hell they were and tossed them to the side.

Eventually, the kids told their old man they had “come across two fairly heavy objects.”

The dad thought the blocks were knife holders but called an appraiser to make sure.

“He asked [the kids] to go and get them,” Rouillac said told the French news network, as quoted by the BBC. “But he initially believed they were knife holders that belonged to the grandmother.”

The children’s father contacted Rouillac, who confirmed that the bars were not knife holders, but were two gold bars weighing 2.2 pounds each, according to the BBC.

The BBC explains that the family’s grandmother purchased the gold bars in 1967 and they came with proof of purchase receipt.

As the father of two young kids, this story gets under my skin. Why can’t my kids find $100K in gold?!?

Maybe I should be more pissed at my grandparents for never buying gold.

CNBC is reporting that the bars are worth more than $100,000 combined.