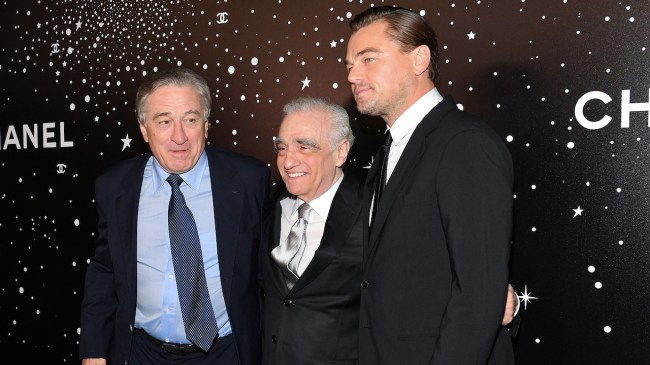 Let me tell you something about these old-school Italian guys that’s often overlooked in all of the largely accurate pop cultural portrayals: these dudes know how to work, man. There’s a reason why most of the gangsters you saw in The Sopranos or GoodFellas looked like they were north of 50-years-old — they don’t know anything else but work, whether it’s blue-collar, white-collar, or otherwise. My very own Grandfather, God bless him, is 92-years-old and *still* trades stocks and works out. Bicep curls included. Knowing this, it comes as absolutely no surprise to me that 78-year-old Martin Scorsese is still churning out movies with the best of ’em.

Starring Jesse Plemons, Leonardo DiCaprio, and Robert De Niro, Killers of the Flowers Moon tells the story of the vile mass murder of the oil-rich Osage Indian Tribe, which saw anywhere from 20 to over 100 of its members disappear in the 1920s, and according to screenwriter Eric Roth, the western crime drama is going to be “one for the ages”.

“I just think he’s going to make — and obviously I would say this — but I think [of] all my work, this one could be one of the great movies. I really mean that. I think it has all the ingredients, which I don’t want to jinx it, but the story is so important,” Roth told Collider.

“I know Marty’s trying to make a movie that’s probably the last Western that would be made like this, and yet, with this incredible social document underneath it, and the violence and the environment. I think it’ll be like nothing we’ve ever seen, in a way. And so this one is, to me, one for the ages.”

While DiCaprio is still one of the film’s lead roles, he’s technically not the hero of the story, as he’s set to play the nephew of the man suspected of committing the murders (De Niro). Plemons will be playing Tom White, a Texas Ranger investigating the crimes.

RELATED: Leonardo DiCaprio Will Play One Of The Villains In Martin Scorsese’s Next Film

Regardless of who’s playing what role, the source material, cast, and Roth’s comments make Killers of the Flower Moon one of the most highly anticipated films set to release in the coming years. With production beginning this week, that puts the film on course for a Summer 2022 release.