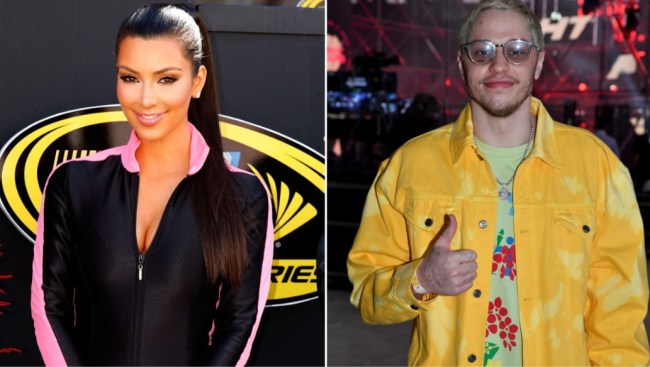 Kim Kardashian has moved on after divorcing Kanye West earlier this year, and the rapper/entrepreneur might get sick when he sees the latest pictures of his ex online.

On Thursday, E! News reported that the reality TV star is officially dating comedian Pete Davidson weeks after being spotted together.

A source close to Kim tells E! News the 41-year-old reality star and 28-year-old Saturday Night Live comedian are officially dating: “They are really happy and seeing where it goes.”

“Pete has told her he doesn’t want to see anyone else,” the source says, noting Kim apparently feels the same. “She is telling some people they aren’t super serious, but she isn’t seeing anyone else… She’s trying to not make a big deal about it but is super into him.”

Though the mother-of-four is trying to keep it low-key, the insider says, “Kim is smitten over him, and it’s very exciting to her.”

After E! report, Kim was photographed holding hands with Davidson while the two were out on a date.

Fans immediately noticed Kim was wearing Yeezy sneakers on the date with Davidson, and the Internet reacted as you would expect.

While wearing Yeezys this jus getting disrespectful man 😔 pic.twitter.com/Vgd67ejbzY

Why u had to wear the Yeezys? Wear some fucking Crocs or some shit but not the Yeezys bruhh https://t.co/bFQPH0FjPM