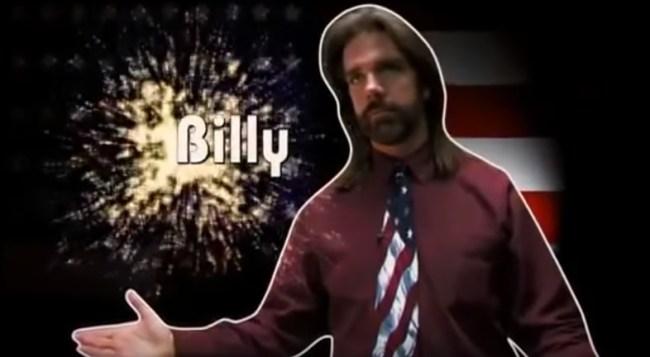 Darth Vader, Hans Gruber, Hannibal Lecter, Jack Torrance, and Billy Mitchell are the most cherished movie villains of all-time. But only one villain has become even more nefarious after their screen time had concluded. Billy Mitchell, the professional video game player, and infamous hot sauce kingpin, finds himself over a barrel after he was caught cheating. The accusations are so serious that the star of King of Kong may have his titles stripped.

Mitchell developed a cult following after the 2007 competitive video game documentary The King of Kong: Fistful of Quarters became popular. The gaming doc featured the race for the Donkey Kong world record between the diabolical Mitchell and good guy Steve Wiebe. Mitchell grabbed the prestigious crown in 1982 with a score of 874,300. Mitchell held the high-score honors until 2000, but recaptured the crown in 2014 with a 933,900 score. Wiebe snatched the title from Mitchell in June of 2005 with 985,600 points. Mitchell regained his throne in 2007 with the record score of 1,050,200. Now, Mitchell’s latest effort is being questioned.

Jeremy “Xelnia” Young, the moderator of Donkey Kong Forum (DKF), posted his grievance with Mitchell’s unbelievable score on the Twin Galaxies dispute forum. Young posts evidence that Mitchell used MAME, a popular arcade cabinet emulator, in order to achieve the incredible score. Young believes Mitchell faked his score by using arcade hardware that is not original. The only witness that Billy had for his three world record scores was Todd Rogers. This week, Rogers was stripped of his titles after his record high score of 5.51 seconds in the classic Atari game Dragster was calculated to be technically impossible. We’ll see if ole Billy Mitchell has a plan.

Since 2010, several gamers have had higher Donkey Kong scores than Mitchell, including Hank Chien, Wes Copeland, and current record-holder Robbie Lakeman, who has a 1,230,100 score. Looks like Billy can’t answer his phone with the greeting, “World record headquarters, can I help you?”