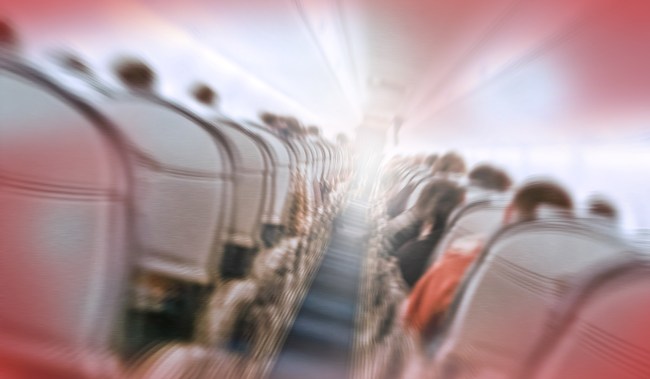 Knowing which seats on a plane are the most dangerous in a crash – i.e. the seats you’re most likely to die – is a morbid, yet perhaps useful piece of information to have filed away somewhere in your brain.

However! No one really wants an airline that they may use to travel to tweet out such a fact out, basically saying, “Come fly with us! But just know, if you book one of these seats, your chances of survival go down considerably in a crash.”

Soooo… DON’T book a seat on one of your planes if all that’s available is a seat near the front? Is that what they are trying to tell potential customers?

As if things weren’t bad enough for KLM, their main Twitter account is currently getting absolutely destroyed for a completely different tweet they made this week about breastfeeding.

Breastfeeding is permitted at KLM flights. However, to ensure that all our passengers of all backgrounds feel comfortable on board, we may request a mother to cover herself while breastfeeding, should other passengers be offended by this.

Check out that ratio.

. @klm: man, we’re sure getting a lot of flak for that breastfeeding tweet.@KLMIndia: hold my Kingfisher pic.twitter.com/LjM0PbZC4O

Shockingly, the death seat tweet by KLM India has since been deleted. But, you know… internet…

Shocked that @KLMIndia would even post this!! Don’t expect it to last to long so I took a screenshot! pic.twitter.com/5B4ZQuIiwC

The airline has since apologized for… something…

We would like to sincerely apologise for a recent update. The post was based on a publically available aviation fact, and isn't a @KLM opinion. It was never our intention to hurt anyone's sentiments. The post has since been deleted.

AH just what I always wondered. Where to sit on a plane to avoid sudden death. Ty @KLMIndia https://t.co/LTdiHzAl8n

I always thought it was obvious the seats at the back were safest, I’ve never heard of a plane reversing into a mountain.

The planes crashing thank fuck im at the back, those cunts 10 rows ahead are fucked

That's what happens when you give the new intern the keys to Twitter!

Can you just confirm though, which seat might I not die in if I fly with you? pic.twitter.com/A9fPRyaXSs

Can you tell what kinds of fatal injuries we can expect from each position? Like decapitation, or just boring old blunt injuries to the chest and abdomen?

Not the best tweet on the fifth anniversary of crash of #MH17 and KL4103 - as it was also a KLM flight.