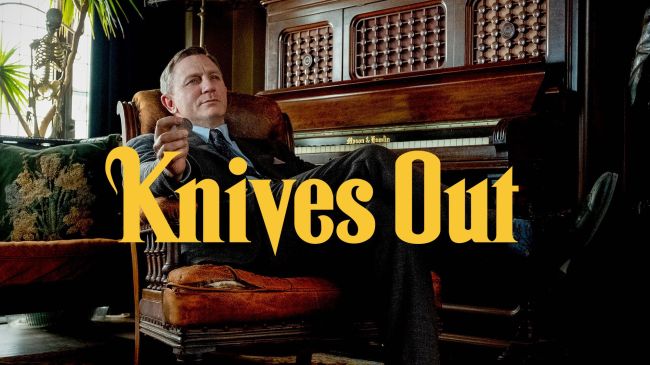 Earlier this Spring, we brought you the story that Netflix had purchased the rights to Rian Johnson’s who-dun-it franchise Knives Out for a whopping, record-setting $469 million, which represents the most expensive franchise acquisition of all time.

As per the deal, Johnson will direct the sequels — both Knives Out 2 and Knives Out 3 are in development — with Daniel Craig reprising his role as franchise star Benoit Blanc. Craig, however, would be the only member of the sprawling cast from the original film to return in the subsequent sequels.

With production on Knives Out 2 (not the official title) set to begin in Greece in June, Netflix has begun casting for the film and so far, they’ve assembled a wildly intriguing ensemble for the highly-anticipated Knives Out sequel.

First, earlier this week, it was reported that Army of the Dead star Dave Bautista had joined the main cast alongside Daniel Craig. Then, yesterday, news broke that Edward Norton was aboard the project. Now, The Hollywood Reporter has, well, reported that Janelle Monáe has been tapped to star, as well. At this time — other than Craig reprising his role as Benoit Blanc — character and plot details are being kept under wraps. Given the size of the cast in the original film, it’s fair to assume a few more big names will join the sequel in the coming days and weeks.

Filming of the Knives Out sequel is set to begin next month, which puts it on track for a Summer 2022 release, although Netflix has yet to announce an original release date.

The original Knives Out, released in the Fall of 2019, was produced by Media Rights Capital, distributed by Lionsgate, and earned $311.4 million on a $40 million budget. The film also scored a Best Original Screenplay at the 92nd Academy Awards.