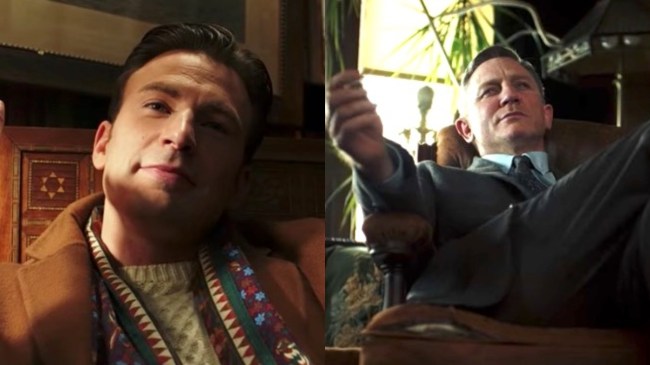 For everyone who complains that “Hollywood lacks originality” and “all they do is remakes”, you better have already bought a ticket for this one, as it is exactly the type of movie that the entertainment industry lacks these days.

Knives Out, the latest directorial effort from Rian Johnson, features a call sheet as stacked as you’ll see with Daniel Craig, Chris Evans, and Michael Shannon as headliners.

It features a screenplay borne out of a totally unique idea without any previously existing intellectual property backing it up.

It features a director — who is mostly known for directing Star Wars: The Last Jedi — that helmed that greatest Breaking Bad episode ever (“Ozymandias”) and one of the most brilliant sci-fi movies (Looper) of the last 20 years.

So, please, people — for the sake of original films surviving the modern Hollywood landscape — please make a mental note and go see this movie in theaters.

Sure, the Marvel Cinematic Universe is absolutely dope as shit, but we need some parity in our lives. We can’t just spend the rest of our days feeding the Disney machine by going to see Dr. Strange 3 and Guardians of the Galaxy Vol. 5 every other week.

Because they’ve spent most of the last decade playing larger-than-life characters such as James Bond and Captain America, we forget that these dudes can actually act with the best of them.

So, while I’m certainly bummed to see these two walk away from the iconic roles that have defined their careers, it’s an exciting prospect to see where these actors will go from here now that they’re not shackled to a behemoth franchise.

Knives Out will be released in theaters in the United States on November 27, 2019.