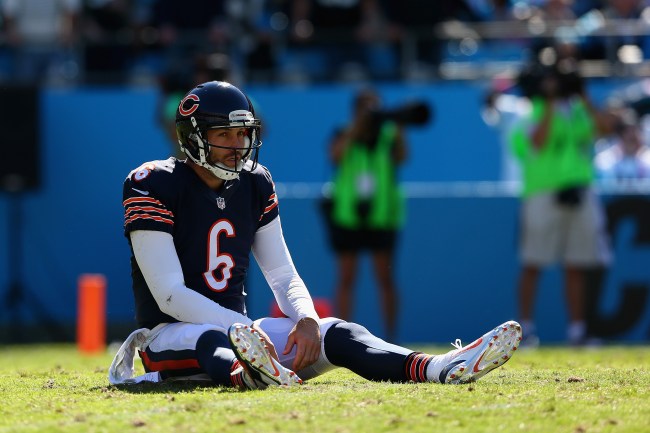 In 12 grueling years in the NFL, Jay Cutler has raked in $122 million in salary earnings alone at the expense of two fractured ribs, a torn labrum, a broken thumb, some concussions, and 26 interceptions in 2009.

The 37-year-old’s second act is a heroic one— looking at infrared footage of deer eating out of feeders on a stranger’s property.

Jay Cutler watching a live feed of wild deer is the only acceptable form of reality TV pic.twitter.com/CVDpsymLfY

Can a man live? Evidently not.

Cutler and Kristin Cavallari announced their divorce after 10 years of marriage, and Cutler’s acceptance with the sloth life attributed to it.

Page Six sources claim Cavallari found retirement Cutler “unmotivated” and even “lazy,” after failing to chase a role as a sports broadcaster.

“She was growing increasingly impatient with him. He was supposed to take this big job at Fox Sports and have a life after football that would get him up off the couch and do something,” said an insider. “Instead, he backed out — this is [three] years ago — and joined the [Miami] Dolphins. That didn’t pan out well, and he was left with no TV gig until she got the show for them.”

The source added that Cavallari “views herself as very polished and put together, and [Cutler as] this lazy, unmotivated guy.”

Dennis Green: “He is who he thought he was!”

Jay Cutler does not appear to be even trying. Just lazy, back foot throws into double coverage. Just terrible.

Honestly if I were a Bears fan, I would hate Jay Cutler. Guy is lazy, complains, and shows no heart

I can't believe some people actually consider Jay Cutler to be an elite quarterback in the league. To me he looks lazy and prone to error.

Jay Cutler about to have a glow up like this world has never seen. Watch. #TeamJay.