Kylie Jenner Just Made Over Half A Billion Dollars With Cosmetics Deal, Expanded Her Net Worth To Over $1.6 Billion 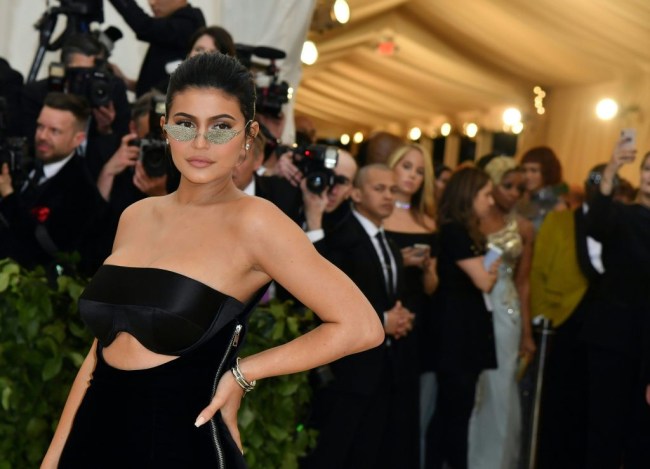 Kylie Jenner was already filthy rich, but the reality TV star just expanded her impressive wealth even more so. Jenner sold 51% stake of her cosmetics company for a whopping $600 million.

Jenner sold a majority stake of her own Kylie Cosmetics to Coty, which is one of the largest beauty companies in the world. Coty Inc. owns 77 beauty brands, including Clairol, CoverGirl, and Max Factor. The European-based Coty enjoyed over $9 billion in revenue for the fiscal year ending in June 2018 and was ranked 371 on the Fortune 500 in 2018.

Kylie Cosmetics has an estimated worth of $1.2 billion. Jenner’s skincare company had an estimated $177 million in net revenues over the past 12 months, and approximately $360 million in 2018, according to Forbes.

this makes me so happy 🥰 I just launched my first ever @kyliecosmetics vending machines at McCarran International Airport in Las Vegas!! We are in Terminal D by gate D17 and International Terminal E by gate E9! ❤️❤️ #KylieCosmetics

“Kylie is a modern-day icon, with an incredible sense of the beauty consumer, and we believe in the high potential of building a global beauty brand together,” said Peter Harf, chairman of Coty’s board.

Kylie Jenner launched her own lineup of makeup in 2015 after she developed her own following on social media from exposure on Keeping up with the Kardashians. Now, Kylie has over 270 million subscribers on social media, including 151 million followers on Instagram.

Coty said in a statement that Kylie would continue to lead all “communications initiatives” for the new Kylie Beauty company, which makes sense since she has such a massive and ardent following online.

“I’m excited to partner with Coty to continue to reach even more fans of Kylie Cosmetics and Kylie Skin around the world,” Kylie said. “This partnership will allow me and my team to stay focused on the creation and development of each product while building the brand into an international beauty powerhouse.”

“We are pleased to welcome Kylie into our organization and family,” Coty CEO Pierre Laubies said on Monday. “Combining Kylie’s creative vision and unparalleled consumer interest with Coty’s expertise and leadership in prestige beauty products is an exciting next step in our transformation and will leverage our core strengths around fragrances, cosmetics and skincare, allowing Kylie’s brands to reach their full potential.”

There are only a small handful of people under 30 who are billionaires, especially when you take away billionaires who received their extreme wealth from inheritance. Kylie Jenner, who is only 22-years-old, just entered the top three richest under-30 billionaires on the planet.

The huge $600 million payday from the Coty deal gives Kylie Jenner a net worth of over $1.6 billion. She now only trails Snap CEO Evan Spiegal (net worth of $2.1 billion) and Stripe cofounder John Collison (net worth of $2.1 billion) in the quest to become the wealthiest self-made billionaire under 30. Kylie, who was already the youngest self-made billionaire of all time, has a great chance of becoming the richest under-30 entrepreneur in the next year because Spiegal and Collison are both 29-years-old.

We’re all RESTOCKED on KylieSkin.com 😋💕 @kylieskin has been getting so much LOVE! Just wanted to thank you from the bottom of my heart! I get so so happy to see all the reviews. Enjoy!