Lagunitas Created A Beer Made Out Of Cannabis 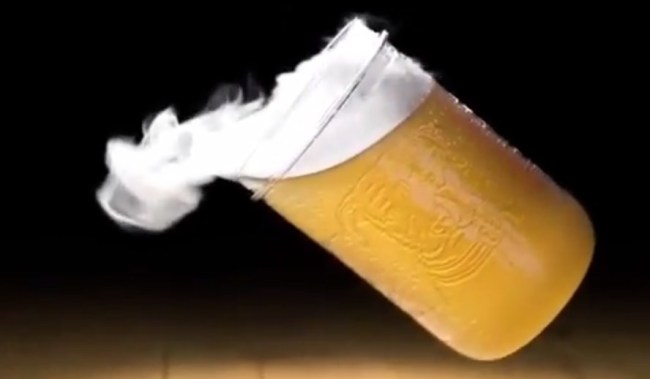 Lagunitas Brewing Company has released an IPA infused with cannabis, that is sure to make everyone happy. The California-based brewery teamed up with cannabis product manufacturer CannaCraft, which produces cannabis vape cartridges under AbsoluteXtracts, to bring the marijuana beer named “Supercritical” to the public.

Supercritical is made from cannabis. Cannabis and hops both have terpenes, which are the compounds of the plants that give it distinctive flavors and aromatics. Cannabis and hops (Humulus) are in the same family of plants called Cannabinaceae, which makes the conversion from weed to beer even easier. For Supercritical, Lagunitas chose a mix of the Blue Dream and Girl Scout Cookies marijuana strains and six different kinds of hops. The beer is said to have grassy flavors, earthy hops, hints of pine and citrus, and a “sticky finish.”

The IPA is 6.8% ABV, but don’t expect any weed highs since there is no THC included in the brew. The THC is separated from the terpenes, thus no psychedelic effects. The Heineken-owned Lagunitas only created one batch of 120 kegs of the cannabis beer and will only sell it in California until it runs out. “There may be more SuperCritical coming in the future, and this time, to other areas in the U.S.,” said Karen Hamilton, Lagunitas’s director of communications.