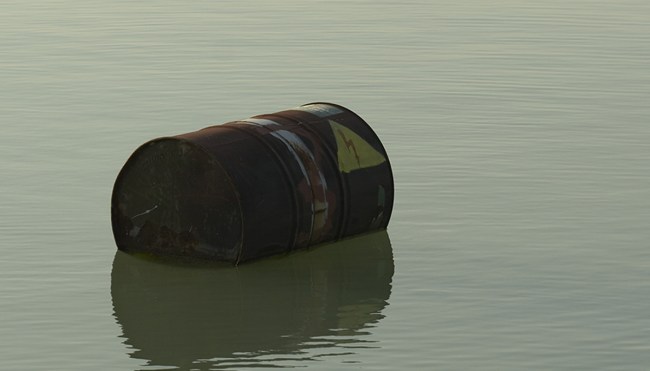 In 1936, construction was completed on one of the most ambitious engineering feats of the 20th century in the form of the Hoover Dam, the massive hydroelectric facility capable of providing power for millions of people in Arizona, Nevada, and California.

That wasn’t the only benefit the structure was able to provide, as the dam also led to the creation of Lake Mead, a massive reservoir that takes up close to 250 square miles of real estate and can theoretically hold 8.51 trillion gallons of water.

In addition to supplying water to residents and farmers in the aforementioned trio of states, Lake Mead has long served as a destination for people looking to do things like swim, fish, and—in some cases—quietly dispose of a dead body that will likely never be seen again.

Anyone who’s seen Casino or is simply familiar with how the Las Vegas mob operated during its heyday is likely more than aware the desert surrounding Sin City was a favorite dumping ground for members of unscrupulous organizations who needed a place to bury some evidence. However, Lake Mead—which is located 40 miles east of the gambling mecca and 532-feet-deep at its lowest point—also served as a fairly suitable alternative.

The reservoir has gotten progressively lower in recent years thanks to the droughts that have plagued the regions its serves, and The New York Times reports officials are bracing for what could be a wave of grisly discoveries after human remains were discovered in a barrel that was spotted near the shoreline over the weekend.

The outlet spoke with Lieutenant Ray Spencer of the Las Vegas Police Department, who said officials determined the metal barrel containing an unidentified male had been deposited in the lake at some point in the 1980s (there were no obvious signs to immediately link the crime to the mob, but Spencer confirmed “We are going to look at that potential possibility”).

Spencer also addressed the matter in an interview with KLAS where he predicted “there is a very good chance as the water level drops that we are going to find additional human remains.” Apropos of nothing, Lake Mead provides drinking water to an estimated eight million people on a yearly basis.