LaKeith Stanfield In Hot Water For Hosting Anti-Semitic Clubhouse Chat, Called It ‘Thinking Outside The Box’ 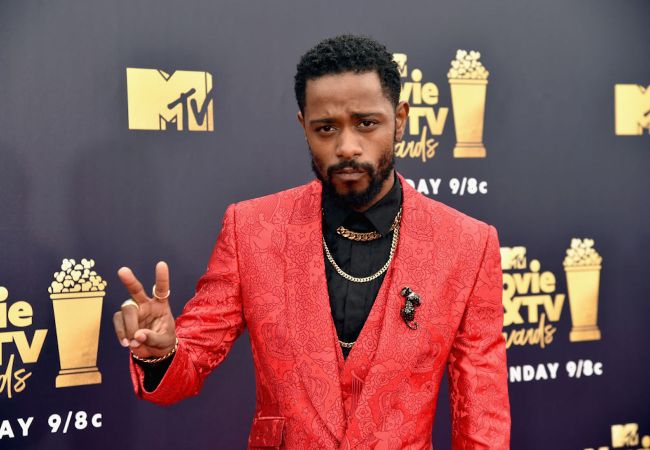 Academy Award-nominated actor LaKeith Stanfield is facing backlash after he hosted a Clubhouse chat that in which participants were spreading and promoting anti-Semitic rhetoric and conspiracy theories.

Stanfield — the 29-years-old who was just nominated for Best Actor at the Oscars for his work in Judas and the Black Messiah — reportedly moderated a Clubhouse chat on Wednesday night that “attempted to justify a Louis Farrakhan remark that compared Jews to termites, spread conspiracy theories about Jewish people controlling the slave trade, and discussed Hitler in a positive light,” according to The Daily Beast.

During the Clubhouse chat, when asked why he was moderating such a discussion, Stanfield reportedly side-stepped the question, reportedly saying: “This is probably an emotional kind of room for you, tensions are running high, and I understand this is a very heated room.” Another woman who participated in the Clubhouse told The Daily Beast that “the rhetoric was all Jews were termites, all Jews were Satanic, there are good Jews and bad Jews.”

The following day, on Thursday, May 6, Stanfield, who has over 79,000 followers on the app, then joined a Clubhouse chat moderated by a panel of Jewish educators to discuss addressed the backlash he’s faced:

“It’s been a crazy couple 48 hours,” Stanfield said. “I’ve been in a couple rooms where a lot of shit has been discussed and talked about, very heightened emotional states. It’s been very enlightening and interesting to me, I never really knew that this debate existed in this way about identity, the origins of Judaism in Jewishness, and how many different interpretations there are different things, whether or not it’s a religion and ethno-religion or what it is a faith race.”

Stanfield also took to Instagram to speak on the controversy, seemingly chalking up his decision to host an anti-Semitic Clubhouse to “thinking outside the box”. He has since deleted the post. 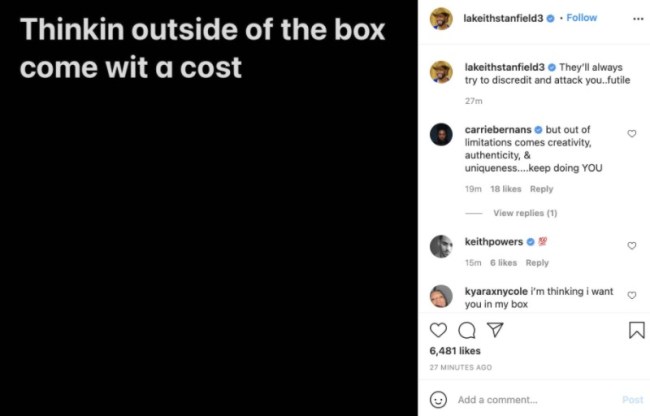 On Friday night, Stanfield released a further apology on Instagram:

“Yesterday, I entered an online chat room on Clubhouse about the teaching of Louis Farrakhan. When the room’s participants noticed me, I was quickly made a moderator of this room. At some point during the dialogue, the discussion took a very negative turn when several users made abhorrent anti-Semitic statements and at that point, I should have either shut down the discussion or removed myself from it entirely.

I condemn hate speech and discriminatory views of every kind. I unconditionally apologize for what went on in that chat room, and for allowing my presence there to give a platform to hate. I am not an anti-Semite nor do I condone any of the beliefs discussed in the chat room.”

Stanfield can next be seen in the Netflix western The Harder They Fall when it hits the streamer later this year.