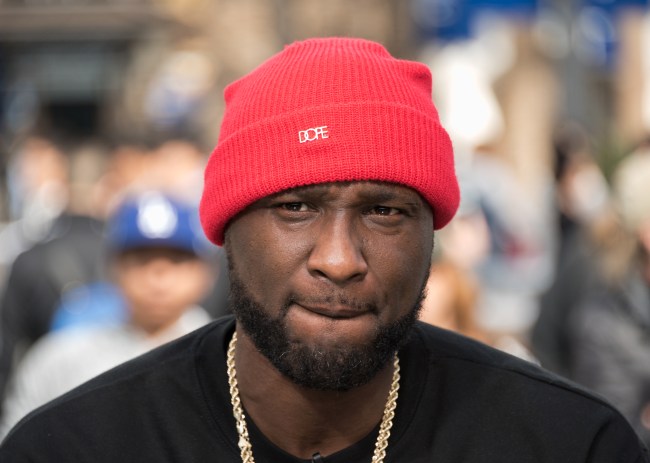 Lamar Odom miraculously survived six (yes, six) heart attacks and 12 (yep, 12) strokes following an overdose at a Nevada brothel in October 2015 that left him in a coma for four days. Doctors even told Odom’s loved ones to say their final goodbyes.

The 39-year-old NBA champion eventually woke up, and now has a new lease on life, drug free.

“My damn memory,” Odom said in an interview Tuesday with the Daily News. “I can’t remember shit.”

Odom claims that he often forgets the location of an item he just put down and says that doctors recommended mental exercises to help alleviate the issue. He also says that the most rudimentary skill he possessed so naturally in his decade-plus long NBA career has become foreign to him.

“From the stroke, some of my balance is not the same, my equilibrium is not the same, but I’m working on it to get it better,” Odom said. “Handling the basketball came so naturally. When I see that going between my legs and going behind my back is a problem, I think that’s the coma and stroke and heart attack.”

The Queens native is among 132 players entering the Big3 draft on Wednesday in Las Vegas, and seeing as there are only 31 chosen, it is highly unlikely Odom will be drafted.

Odom played with a Filipino team at a February tournament in Dubai and was ashamed of his performance.

“For me it’s just a blessing to be able to play. I’m just refining all my skills,” Odom said. “I think God made a deal with me. He said, ‘I’m going to give you life, but I’m going to take your basketball skills.’ But I don’t mind working to get it back. It’s going to be a tedious process, but it’ll come back.”

Yes, it is a blessing. Especially for a dude who doctors called a ‘walking miracle.’