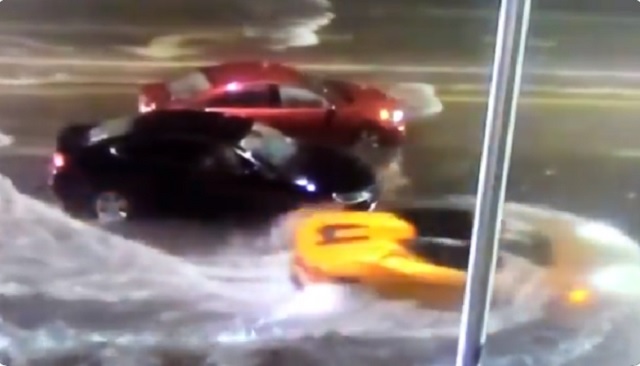 Tropical Storm Eta made landfall in South Florida on Sunday and the storm’s rainbands brought high winds and heavy rains to Miami-Dade and Broward county which resulted in certain areas getting severely flooded.

Most people in the region were advised to stay home due to the fact that flooded waters were high enough to cause trouble for cars.

During a live newscast in Broward, one man was seen casually seen driving his Lamborghini around stalled cars which left viewers with several questions.

Florida man is about to collect his insurance check https://t.co/nRLH2SF1r1

You know you’ve made it in life when okay risking it in a Lambo, through flood waters. (Not safe.) https://t.co/dCN7SNGTUw

That Lambo is dead this morning. Guarantee it. https://t.co/XnIIAQdtUd

The Lambo apparently didn't care the other cars stalled for going through the flood. Awesome car, but no brain. @cleveland19news https://t.co/7IFulylwhF

Hopefully, that guy has some good insurance because I’m not sure that car was equipped to drive through those waters.