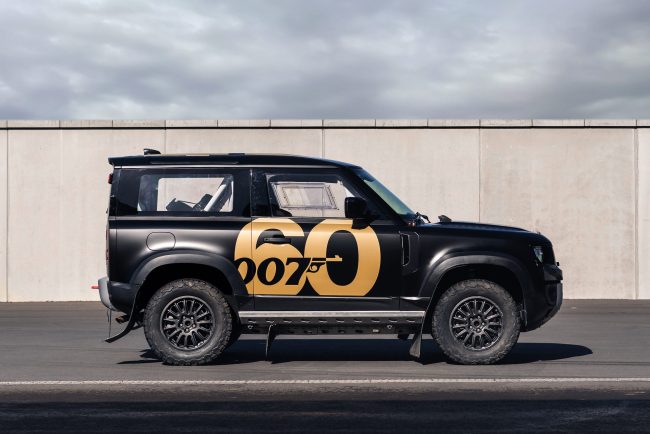 Land Rover has tricked out a special Rally Defender 90 to celebrate 60 years of the James Bond film franchise.

Since the release of Octopussy in 1983, Land Rover has had a partnership with the Bond franchise. Its vehicles have been featured in films all the way up to the most recent No Time To Die.

007 stunt driver Mark Higgins will be racing the special Defender in the North Wales leg of the upcoming 2022 Bowler Defender Challenge on March 26th. 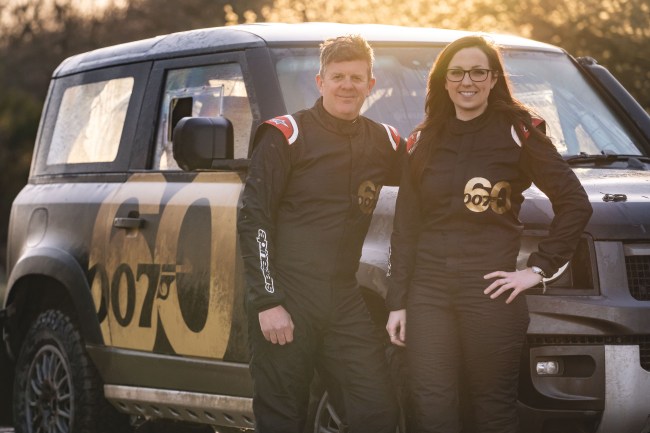 Higgins has been behind the while in the four most recent Bond films: Quantum of Solace, Skyfall, Spectre, and No Time To Die. He’s also a three-time British Rally Champion.

Along with Higgins is his co-driver Claire Williams. The two will be taking advantage of all of the Defender 90s rally-prepped features.

Some of those special features include a fully-integrated roll cage, a bespoke performance suspension system, enhancing cooling for the engine and transmission, a sports exhaust, racing harnesses, and a sharp rear roof spoiler.

The Defender 90 is also outfitted with strengthened 18-inch Bowler wheels and all-terrain tires to go with new springs and special turrets for increased stiffness. 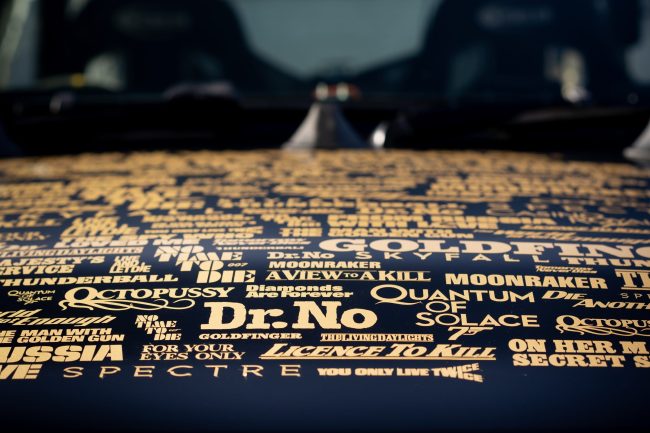 As far as design goes, the car is painted in a sleek black color with gold detailing for the 007 logo and number 60 on the side door and roof.

Perhaps the coolest design note is the collage of all the James Bond film’s written out in gold lettering on the hood and back of the SUV.

Since Mark Higgins was on the latest No Time To Die stunt team, it means he was likely part of the epic beginning chase scene.

The scene resolves with Bond spinning the Aston Martin around in donut circles while firing the car’s minigun at the bad guys.

If you need a refresh on the scene, here it is below.

And here’s a sick video posted by Higgins of him whipping the iconic Aston Martin DB5 for No Time To Die.

List of All Land Rover’s Used in James Bond Films

One cool thing Land Rover did in the Defender 90 announcement is they provided a list of all of the Land Rover models used in each Bond film since 1983. 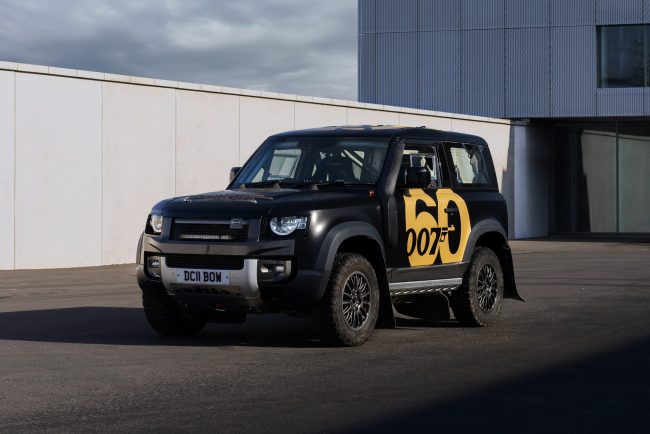 The 2022 Bowler Defender Challenge is a 12-team race regulated by the Motor Sports Association. The race is a feeder series for global competitions including the famous Dakar rally.

Last week we gathered the 2022 Bowler Defender Challenge competitors for testing and training in Wales. A special stage was laid out, we tore up a lot of mud, went night driving and had a lot of fun!

Mark Higgins and Claire Williams will drive the Defender 90 on gravel surfaces during the North Wales section of the race.