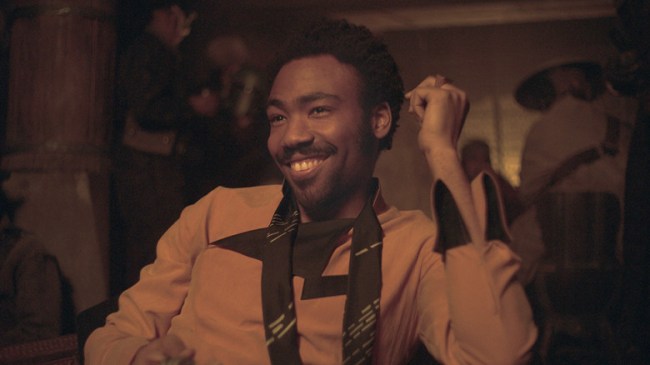 Last week, we brought you the news that a new Star Wars film helmed by relatively unknown director J.D. Dillard was officially in the works at Disney.

The 32-year-old Dillard, who famously began as a receptionist at J.J. Abrams’s production company Bad Robot, has since accumulated nine directing credits to his name and is perhaps best known for his 2016 film Sleight.

While details were scarce at the time of the report, new rumors seem to indicate that the mysterious film is going to be a Lando Calrissian spin-off.

Lords of the Long Box has shared a new rumor pointing to the film being a spinoff for a much-loved character. According to their sources, Dillard and Owens’ movie could be a standalone project for Lando Calrissian. What’s more, there’s a chance that it could be officially announced as soon as March 11th, as part of Disney Plus’ launch in Europe. [via WeGotThisCovered]

Hearing that new Star Wars film is probably Lando. Could be announced as soon as March 11th at Disney+ Europe launch.#Starwars #Disneyplus

While it’s unclear which version of the character will appear in the film, odds are that it’s the widely-beloved Donald Glover that debuted in 2018’s Solo: A Star Wars Story.

Lando Calrissian, who was originally played by Billy Dee Williams, debuted in The Empire Strikes Back and was introduced as an old friend of Han’s. Then, in Solo, a young Calrissian was portrayed by Donald Glover. Willians then returned to play the iconic character for presumably one final time in last year’s The Rise of Skywalker.