Larsa Pippen Puts Kanye West On Blast, Claims She Had To Block Him Because He Wouldn’t Stop Calling Her Late At Night 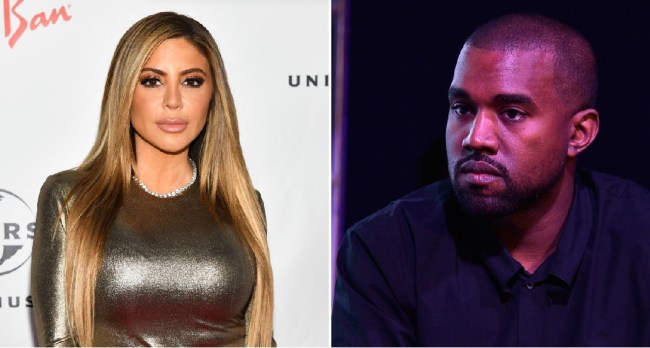 Larsa Pippen is finally opening up about her mysterious falling out with the Kardashian crew.

In an interview with Hollywood Raw, Larsa denied the rumors that she had recently hooked up with Tristan Thompson but revealed that she had actually dated the Cavs big man before he moved on from her with Khloe Kardashian.

“I was kinda seeing Tristan before Khloé. Before Khloé or any of them knew he existed. I was seeing him, I had him come to L.A., I brought him to a party Kim had. I introduced him to all of them,” Larsa claimed. “Then a week later, or 10 days later, he started seeing Khloé. Which is fine, I don’t even care. It’s whatever. … I never cared that Khloé was with him after me.”

According to Larsa her relationship with the Kardashians fell apart after she blocked Kanye West because he wouldn’t stop calling her in the middle of the night and he got mad about it.

[Kanye] used to call me at four, five, and six o’clock in the morning,” “I was the person that would take his calls when he wanted to rant. I would listen to him. I would be like, ‘I love you, you’re the best, things will get better.’ I was his go-to person to call when he wasn’t happy with X, Y, and Z. … Maybe because I blocked him on my phone because I couldn’t bear taking his calls anymore. I can’t, I’m drained. So, I blocked him on my phone. Obviously, that really upset him. So, he turned that into, ‘Oh, she’s this and she’s that.’ [The Kardashians] all started to ride his wave. If you’re that easily swayed, like the wind, then do I really give a f**k? Should I give a f**k? I don’t know. Was I hurt by it? Yes. But at the same time, I’m like, I’ve done nothing. I’ve never done one thing. I’ve been the most honest and truthful best friend to all of them.”

It’s only a matter of time until Kanye and the Kardashian crew respond to Larsa in public over her latest claims.