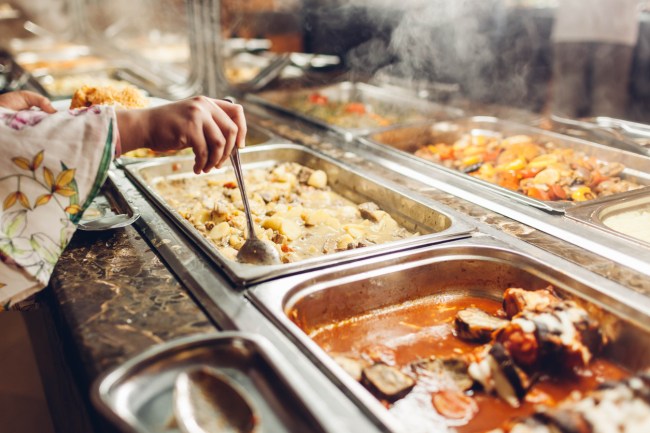 I’ve never really been a big fan of Las Vegas (unless we’re talking about the television show starring Josh Duhamel and James Caan that the city lent its name to), which may have something to do with the time I was, um, “overserved” at a casino and inadvertently lost more money than I care to admit on a Sex and the City slot machine.

I’ll admit it’s unfair to totally write off a place I’ve mainly come to dislike thanks to my self-admitted lack of self-control, and while I don’t think I’ll ever develop a love for windowless, smoke-filled rooms without clocks on the walls, there are still plenty of things to like about Sin City, including its liberal approach to open container laws and the endless amounts of free shit you can get your hands on.

Of course, nothing in life is truly free, and in order to score many of the supposedly complimentary offerings Vegas has to offer, you need to walk your way onto the casino floor and hope you can defy the odds by leaving with more money than you had when you arrived.

Las Vegas is a masterclass when it comes to the psychology of hospitality and the city’s most hallowed institutions have perfected the art of getting people to shell out as much as possible by plying them with free drinks and dangling room upgrades in front of their face.

However, as far as I’m concerned, there’s no better consolation prize for succumbing to the reality that the house always wins than getting a free coupon to an all-you-can-eat buffet for your troubles, where you can take solace in a piece of freshly-carved meat and as many crab legs as you can fit on your plate.

Last year, almost 50 million people from around the world visited Las Vegas, but when you consider the city’s business model largely revolves around encouraging people to remain in confined spaces for extended periods of time, I’d bet we’re going to see that number drop by the time 2020 is done thanks to coronavirus.

Only four people in the Las Vegas area have been diagnosed with COVID-19 so far but the only sure bet you can make in that city is that the number of cases will only continue to rise (and I’d be shocked if there wasn’t at least one casino out there offering an over/under on the final total).

Health officials around the world have begun to take drastic measures in an attempt to curb the spread of the untreatable illness, and now, a number of casinos in Las Vegas have done the virtually unthinkable: closed down their buffets.

According to The Last Vegas Review-Journal, MGM Resorts International announced guests at seven of its properties—The Mirage, Aria, Bellagio, MGM Grand, Mandalay Bay, Luxor, and Excalibur—will no longer have access to the massive spreads of food they’ve come to expect.

Thankfully, not every other casino has followed suit, as Wynn announced it will be staffing its buffets with servers so diners don’t have to come into contact with potentially contaminated utensils.

These are dark, dark times and all signs point to them only getting darker.