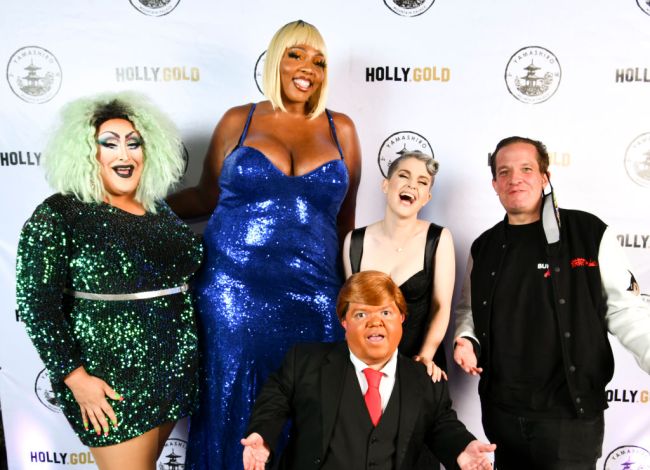 Jeff Beacher is no stranger to Las Vegas, in fact, he is the creator of one of the most outlandish shows in Vegas, which is quite the accomplishment considering how over-the-top eccentric Vegas is, to begin with. But despite being the architect of the fantastical “Beacher’s Madhouse” show, it was a wild night of gambling at the brand new Resorts World Las Vegas where he won $710,000 playing blackjack that Beacher called “the craziest night of my life.”

Beacher is the creator of “Beacher’s Madhouse,” which Tripadvisor describes as: “The best variety show on the planet, with the energy of a nightclub and the atmosphere of a Circus. This vaudeville-inspired spectacle offers guests non-stop entertainment from the World’s only Flying Little Person bartenders to renowned production acts and a mini entourage of top performers to the likes of Mini Miley Cyrus and Mini Lady Gaga.”

But Beacher said it wasn’t the flying little people that provided a wild time last Thursday. Beacher partied with Paris Hilton and Usher, while listing to Tiesto’s set at the grand opening of Resorts World Las Vegas. Tiesto has a residency at Resorts World Las Vegas, where the DJ headlines Zouk Nightclub and Ayu Dayclub.

The opening night of the $4.3 billion Vegas casino attracted at least 20,000 people when doors opened at 11 p.m. on Thursday night.

“Beacher is known to enjoy high-dollar blackjack, playing upwards of $10,000 per hand and acting as if he has $10 on every deal. It’s a safe bet to say he’s probably lost as much as he’s won over the years,” according to the Las Vegas Review-Journal.

Beacher, who admitted that he “definitely drank too much,” didn’t know how much money he won until the morning after.

“I woke up the next morning with a massive bag of cash next to my bed. I called my host and asked how much I owe the casino,” he told the LVRJ. “He called me back, and then told me I have even more money on deposit from the win. It still didn’t hit me ‘til the afternoon how much I won. It was such a fun night, and then having been blessed with a win like that made it perfect.”

Beacher said he is donating “a chunk” of his winning to the foundation he has started, which helps people get gastric bypass surgery.

Beacher said he was “thrilled” for Resorts World President Scott Sibella on the new casino, but that didn’t stop him from taking $710K from the fledgling establishment.

“I was so happy for Scott and the team at Resort Worlds with their opening,” Jeff Beacher said.

“Had some fun at my friends opening weekend in Vegas,” Beacher wrote on Facebook.