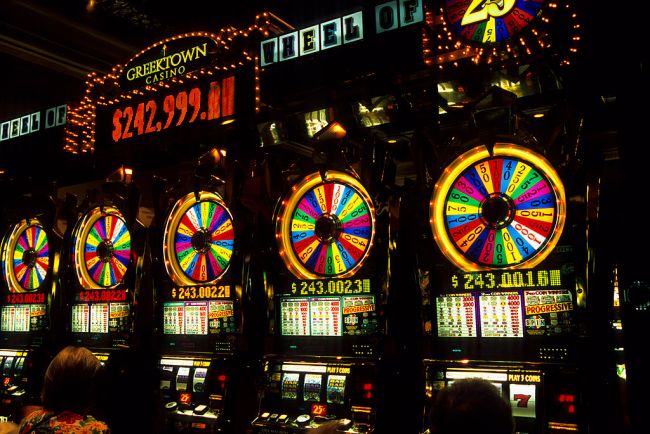 Leaving Las Vegas typically involves a splitting headache and — more often than not — a giant hole in your wallet from the price of having a good time and some gambling losses. Fortunately for this woman, she can buy as much Gatorade and Advil as she needs after giving the slot machines one last go in the McCarran International Airport. A passing patron filmed the lady’s reaction after she dropped $0.25 in a Wheel of Fortune slot and hit the jackpot. She screams to let her friend know that she won at least $300,000. An incredible way to finish out the trip.

It’s long been a mystery whether anyone ever wins anything at the Vegas airport slots, but we now know that it’s possible.

This lady just won $300,000+ while waiting for her flight out of Las Vegas. pic.twitter.com/1GpGypbUHK

Truthfully, I’m disappointed by the reaction. You just won $300,000 and all we get is a short squeal, a couple of jumps and some clapping?! If this were me, I would be losing my mind. Everybody in Clark County would know that I won and they didn’t. Air guitar, high-knee sprints up and down, maybe a few crotch chops— I’m even throwing my legs over the rolling suitcase and Happy Gillmore-ing up and down the terminal. I just won $300,000 at the buzzer AND YOU DID NOT!

The only catch to winning big like that is that she might miss her flight. If she doesn’t extend her trip by a few days, that is. Winnings on that type of machine are paid out by the vendor IGT and the verification can take 3-4 hours. I’m sure she didn’t mind.