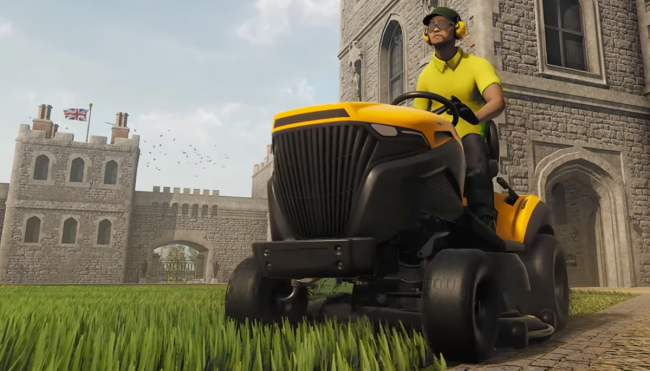 Last year, both Sony and Microsoft promised to usher in a new era of video games with the release of the Playstation 5 and Xbox Series X. Consumers responded by quickly scooping up the consoles, which are still fairly hard to track down almost eight months after they initially hit shelves.

The PS5 had a bit of an edge coming out of the gate thanks to the solid slate of titles that accompanied its release, and Microsoft has been doing what it can to make up the ground it lost when it was forced to delay the release of Halo Infinite. The company still hasn’t revealed when we can expect that title to drop, but it might be a moot point when you consider August 10th is really now the only date that matters based on what will be unleashed on the world on what is shaping up to be a truly glorious day in video game history: the debut of Lawn Mowing Simulator.

In recent years, publishers have stumbled across some incredibly bankable hits by turning some of the most mundane activities on the planet into oddly enjoyable video games, giving players the chance to spend countless hours tending to a virtual farm, hauling a tractor-trailer across a digital landscape, and pressure washing some pixelated grime.

Now, Curve Digital is throwing its hat into the ring with Lawn Mower Simulator, and based on the trailer it dropped to promote the upcoming release, we might as well just give it the award for Video Game of the Year—nay— Century due to the amount of sheer, unbridled electricity it exudes.

If you don’t have an Xbox Series X or S, you’ll also be able to play Lawn Mowing Simulator on Steam, where you’ll have the unprecedented opportunity to “experience the beauty and detail of mowing the Great British countryside” courtesy of “the only simulator that allows you to ride an authentic and expansive roster of real-world licensed lawnmowers from prestigious manufacturers.”