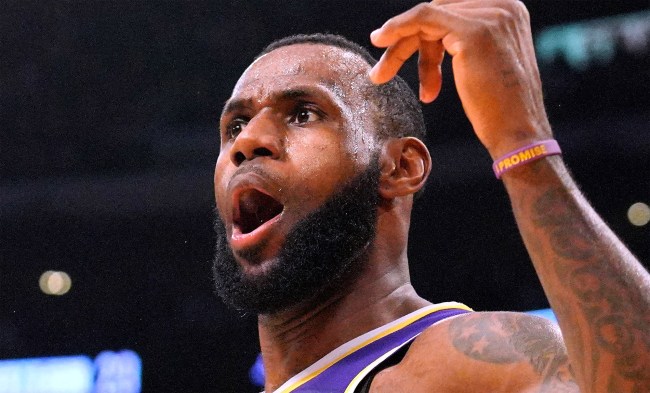 LeBron James and Bugs Bunny took to Instagram to promote an XBOX collaboration for ‘Space Jam, A New Legacy.’ Now, I don’t want to sit here and bash the movie before it comes out on July 16, 2021, but I will say, I don’t like what I am seeing so far.

I want James to knock this movie out of the park, I really do. The guy has taken on more unfair criticism throughout his career than any athlete I have ever seen. So for that alone, I think we should be pulling for the king to dominate the box office come July, not just for him but for our enjoyment as well. However, the chemistry I am seeing early in the promotion game between James and Bugs Bunny seems to be WAY off.

I know it’s hard to make a determination about a movie solely off of a video game promotion but LeBron and Bugs just don’t look to be seeing eye to eye here. The same way I would think the Brooklyn Nets are in trouble if Kevin Durant and Kyrie Irving do a shitty commercial together is the same way I feel about the future of Space Jam 2 right now. Bugs just does not seem to be picking up what LeBron is putting down.

Maybe I am dead wrong here and the movie is a smash hit come July, and I hope I am, but I just don’t think that is the case. Not only was this XBOX promotion a reason to be concerned, we all know trying to make a better movie than the original ‘Space Jam’ or even something close to it is no easy task. It would be like trying to make ‘Shawshank Redemption Part 2’, without Morgan Freedman. Maybe that’s a little too extreme of a comparison but you get what I am saying.

Bold, hot takes are all around this blog, I get it, but I am calling it now, if Bugs Bunny and LeBron can’t find their chemistry come July 16th, Space Jam 2 is in for a brutal summer.