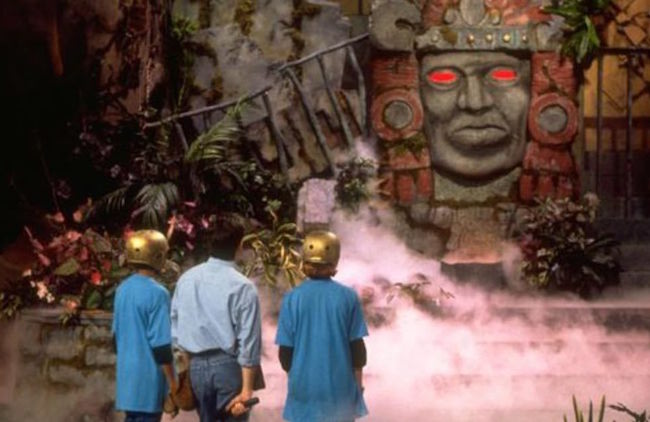 I had plenty of hopes and dreams when I was growing up (none of which involved making a living writing dumb things on the internet) but there was probably one thing I aspired to more than anything else: getting the chance to appear on a game show on Nickelodeon.

There was no shortage of options out there that could have made my dreams come true, as I would have been perfectly happy running wild through the aisle of a Toys “R” Us, taking home of piece of the Aggro Crag, or getting my clothes covered in filth while trying to win a trip to space camp as Marc Summers cheered me on.

However, there was one particular show I wanted to compete on more than any other: Legends of the Hidden Temple.

I can’t count the number of times I fantasized about suiting up as a proud member of the Blue Barracudas to traverse some obstacles and answer a few trivia questions for the chance to get the shit scared out of me by the Temple Guards and become one of the few people who were able to successfully assemble the infamous Silver Monkey.

Unfortunately, I never got the opportunity to come face to face with Olmec, but now, it looks like I might finally have a chance to see my childhood wishes granted thanks to Quibi, the upcoming streaming service that just announced it’s bringing back Legends of the Hidden Temple.

According to The Wrap, the reboot will allow people who grew up with Legends to trek into an actual jungle to participate in a number of unspecified challenges (although they’ve confirmed both the Moat Crossing and the Temple Run will be making their grand return).

As of right now, it’s unclear how to apply if you want to get in on the action but I know I’ll be hitting the “Submit” button harder than I ever have in my entire life once the details are announced.