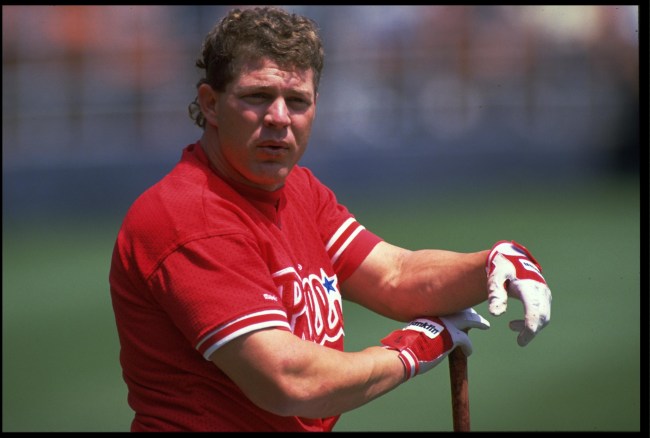 Ex-MLB star and oft-troubled regular person Lenny Dykstra is in deep shit, even by his standards.

The 55-year-old was arrested at 3:30 am Wednesday when he put a gun to the head of his Uber driver and threatening to kill him, according to police.

NY Daily News reports that Dykstra was arrested outside police headquarters in Linden, New Jersey after Dykstra allegedly put a gun to an Uber driver’s head when the he refused to change the destination of his trip. The driver jumped out of the car and ran for his life after pulling in front of the police station and constantly honking the horn.

When cops searched the former All-Star centerfielder following his arrest, they found him to be in possession of cocaine, marijuana and MDMA, a hefty little charge to go with a terroristic threats charge.

In speaking with NY Daily News after getting released on a summons pending a June court date, Dykstra had an entirely different side to the story.

“The guy went nuclear on me,” said Dykstra. “He f—ing kidnapped me and almost killed me going 100 mph. He locked me in his f—ing car, and he wouldn’t let me out.”

Can’t put too much stock into Dykstra’s side of the story seeing as he was also adamant about not getting arrested despite the police providing the public with a news release.

It’s been a sad second act for Dykstra who is no stranger to run ins with the law. Back in 2011, he was arrested for stealing three cars and drug possession just two years after several creditors came knocking after Dykstra dug himself $50 million in debt.