Leonardo DiCaprio’s Next Movie Will Be A Remake Of ‘Another Round’, The Oscar Winner About Boozing Everyday 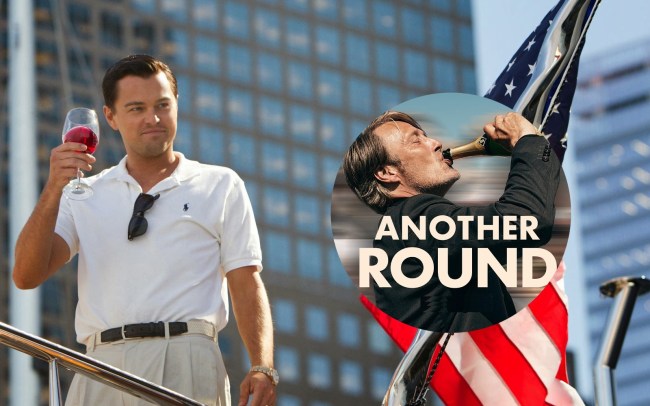 Leonardo DiCaprio is lining up an English language remake of the Oscar-winning Another Round, according to Deadline.

The Danish, Thomas Vinterberg-directed film, which just took home the Academy Award for Best International Film, is a comedy-drama that follows a group of teachers who begin drinking every day to see how it affects both their social and professional lives.

This was a hotly sought-after project, even before the film won the Oscar in Sunday night’s ceremony at Union Station. The difference-maker here to Vinterberg was the chance to see DiCaprio in a new role, the vulnerable middle-aged man in existential crisis played by Mads Mikkelsen. [via Deadline]

DiCaprio’s got a couple of exciting projects due out in the coming years. Later in 2021, he’ll star alongside Jennifer Lawrence in Adam McKay’s absolutely stacked Netflix black comedy Don’t Look Up. He’ll then follow that up with Killers of the Flower Moon, Martin Scorsese’s western crime drama about the mysterious mass murders of the Osage tribe in 1920s Oklahoma, which will see him share the screen with fellow Academy Award winner Robert De Niro for the first time since the early 90s. Killers of the Flower Moon, which began production earlier this month, also stars Jesse Plemons.

RELATED: The Writer Of Martin Scorsese’s Leo DiCaprio-Starring Western Says It’s ‘One For The Ages’

While obviously not a perfect comparison, the last time we saw Leo playing a character who spent his life partying was in The Wolf of Wall Street, which is quietly one of the funniest films of the 2010s.