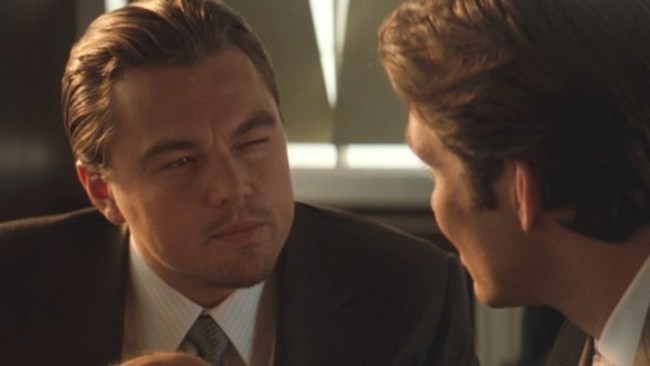 Christopher Nolan has a long and storied history of making films designed to make the viewer think “What the hell did I just watch?” when the credits roll, and after experimenting with some untraditional storytelling when he kicked off his career with Following in 1998,  he went balls to the wall a couple of years later by twisting the minds of virtually everyone who saw Memento into a pretzel.

The director restrained himself a bit when he turned his attention to the Batman franchise in an effort to make the films appeal to those members of the general public who don’t like movies that require you to think very hard.

With that said, Nolan was able to amass a sizeable fanbase with a healthy appetite for his unique brand of mindfuckery and they got exactly what they were craving when they were treated to some impressive cinematic sleight of hand in the form of The Prestige.

However, he managed to truly outdo himself when he kicked off the last decade with Inception, which is arguably the most ambitious project of his career (although it looks like Tenet might be coming for the crown).

Inception boasts a stellar cast, some equally impressive visuals, and a plot that all but requires you to track down an explainer online if you want to properly comprehend the events of the film—unless you’re trying to figure out what the hell happened at the end.

For the uninitiated, Inception closes with Leonardo DiCaprio’s character returning to his family and employing his telltale totem to see if he’s in a dream (or a dream within a dream that may also be in another dream). However, the shot fades to black before the viewer gets a chance to confirm his fate.

The ending was the subject of endless debate after the film came out, and while members of the opposing factions tried to make a case for their respective interpretations, a lot of people resigned themselves to the reality that they’ll never be able to truly grasp what happened—including DiCaprio himself.

The actor recently chatted with Marc Maron on WTF and admitted he had more important things to worry about, saying:

You’re just focused on your character, man. When it came to Chris Nolan and his mind and how that was all pieced together, everyone was trying to constantly put that puzzle together.”

However, one of Leo’s co-stars believes he’s cracked the code, as Michael Cane addressed the issue in 2018 and said Nolan told him his character only appears in scenes that take place in reality—including the final one.