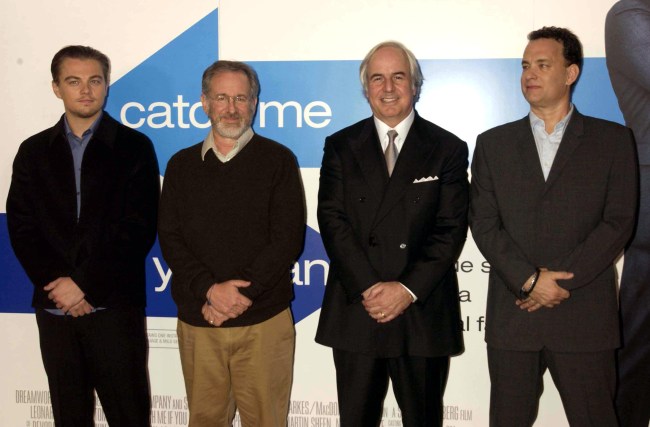 Leonardo DiCaprio enjoys an extremely charmed life, but even an elite Hollywood actor with a net worth of $245 million who has dated scores of beautiful women takes his lumps every once in a while. Photos of DiCaprio getting smashed in the head with a volleyball have gone viral and have even been turned into hilarious memes at the expense of Leo’s face.

DiCaprio was playing a little beach volleyball with friends in Malibu this week. Good job of DiCaprio to spend some time with his bros with an attempt at some friendly competition instead of being with his latest model girlfriend model Camila Morrone.

Then during the volleyball game, Leonardo was struck hard in the face with the ball.

There goes Leo’s chances at ever starring in a Top Gun reboot.

Here’s a picture of Leonardo DiCaprio getting hit in the face by a volleyball that I just thought I really should put out there for whoever else needs it #Tubthumping pic.twitter.com/DRKB72mrAn

I don’t even think it was Leonardo’s fault he completely missed the ball, he was just imitating the New York Mets since he was wearing their hat at the time.

Soon, people were making memes and jokes of the 44-year-old Once Upon a Time in Hollywood star taking a shot in the face.

put these photos in a museum, any museum, all of them if possible https://t.co/Gds6M51V3p

Also, what exactly is Leo doing with his fingers?

Leonardo DiCaprio getting hit in the face with a volleyball….arguably better than the way he could break his thumbs from holding his hands like that pic.twitter.com/Ew4maAwOLK

Here’s a tutorial for Leo to learn the proper technique for a forearm pass.