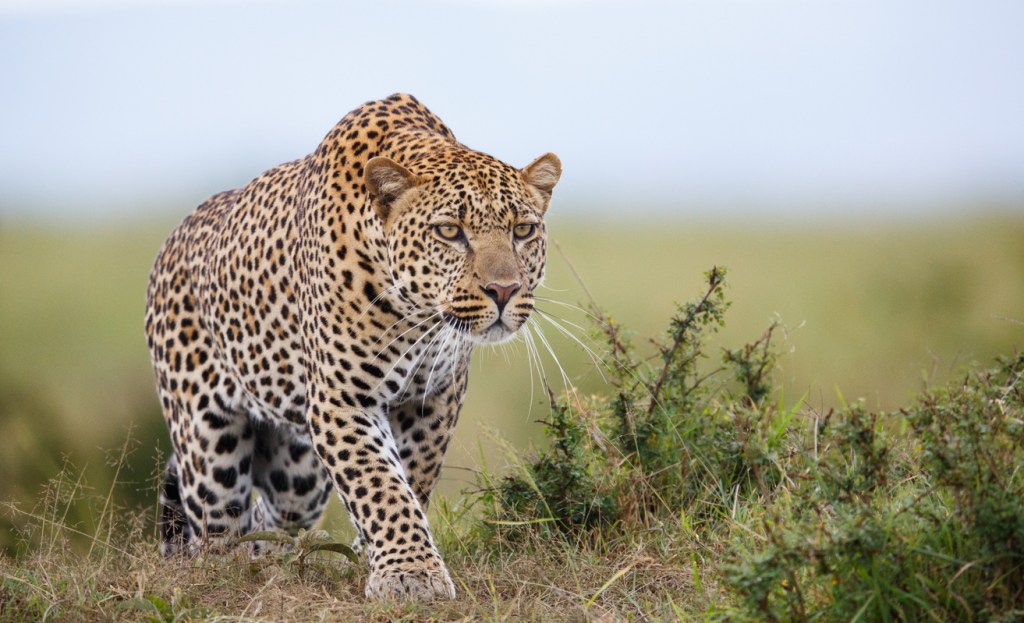 I’m not a big ‘Cat Guy’ but big cats sure are awesome. I actually live just down the street (about 1/2 a mile) from an exotic animal rescue zoo similar to the one Joe Exotic had in Tiger King and about once a week I hear lions roaring when I step outside my house.

Living that close to a zoo full of tigers, lions, one massive liger, and bears often has me wondering when I’ll wake up one day and see a story on the news that these massive cats got loose and are roaming around my hood.

The leopard in this video below damn near jumps 10 feet to catch a hunk of meat! It would take me down in an instant. The chances of this ever happening are very slim but they’re not zero. Check out this action:

This video is actually from back in early August but it came across my desk when a colleague saw it on For The Win earlier today, so shout out to them for surfacing this awesome footage.

The clip was filmed and shared by the Harnas Wildlife Foundation which takes in wild animals in need of rescue. It started as a family farm but when a zoo in South Africa shut down they converted it into a sanctuary for rescued animals and the leopard seen here goes by the name of Hellboy. Here’s Hellboy straight chilling in a tree:

Hellboy arrived at the Harnas Farm back in 2011 when he was just a cub. His mother was shot and he was left defenseless. The number of different species found at the Harnas Wildlife Foundation is pretty crazy.

They have lions, leopards, cheetahs, caracals, wild dogs, wildebeest, ostrich, hyenas, foxes, monkeys, warthogs, and the list goes on and on. You can check out their website right here if you want to learn more about what they do.