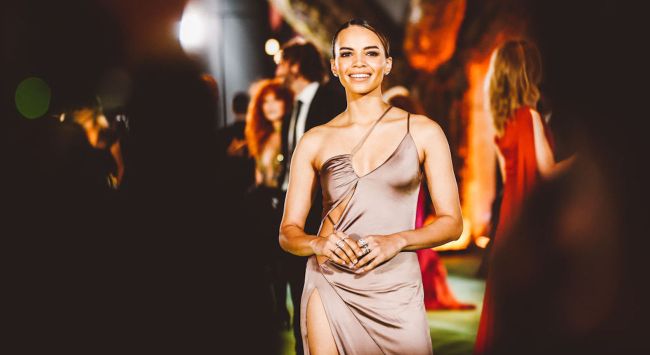 One of the biggest Hollywood stories of the year has been unfolding this week as Warner Bros. Discovery shockingly decided to entirely scrap their $90 million Batgirl film, which wrapped up production earlier this year.

After taking about a day or so to collect her thoughts, Leslie Grace — the 27-year-old actress who was cast as Barbara Gordon/Batgirl — released an official statement on social media about the film’s stunning cancellation.

Batgirl star Leslie Grace releases a statement about the movie being canceled by Warner Bros. Discovery

“Querida familia!” Grace wrote on social media. “On the heels of the recent news about our movie Batgirl, I am proud of the love, hard work and intention all of our incredible cast and tireless crew put into this film over 7 months in Scotland. I feel blessed to have worked among absolute greats and forged relationships for a lifetime in the process! To every Batgirl fan — THANK YOU for the love and belief, allowing me to take on the cape and become, as Babs said best, ‘my own damn hero!’ #Batgirl for life!”

Following the cancellation of Batgirl, Warner Bros. Discovery said the decision does not reflect their opinion of Grace or the directors — Bilall Fallah and Adil El Arbi (who also helmed Ms. Marvel and Bad Boys For Life) — and that they hope to work with them again in the future.

Despite the cancellation of Batgirl, Grace’s career will likely be just fine as the 27-year-old has still only starred in just one movie: 2021’s critically acclaimed musical In The Heights.

RELATED: The Directors Of ‘Batgirl’ Were At One Of Their Weddings When They Found Out Their Film Was Cancelled