LeVar Burton Wants To Be The Permanent ‘Jeopardy!’ Host And He Has Quite The Resume To Support His Case 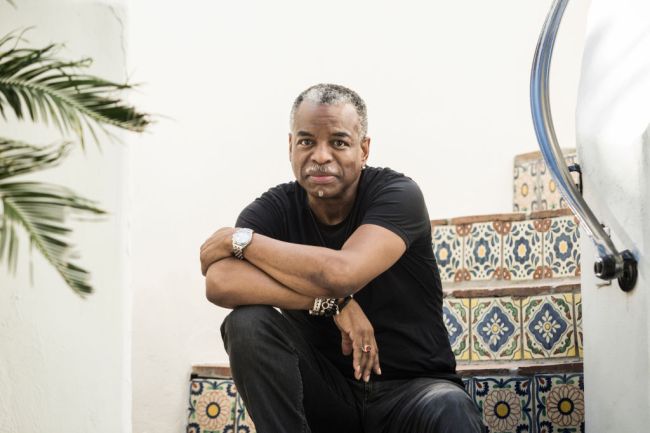 Jeopardy! fans have been very vocal about who is their ideal successor for the late Alex Trebek as host of the show and LeVar Burton is at the top of the list. Social media has exploded in favor of the 64-year-old and a Change.org petition has more than 200,000 signatures. However, as the world seemingly rallies for Burton to takeover, guest hosts will include Katie Couric, Dr. Oz, Aaron Rodgers, Anderson Cooper, Buzzy Cohen, Savannah Guthrie, and Joe Buck— but not Burton.

As public outcry continues to vocalize in his favor, with some fans saying that they’d watch Jeopardy! every night if he was reading clues, Burton has said the job would make him “exceedingly glad” and recently expressed just how interested he is in hosting.

On an episode of USA TODAY’s The Mothership podcast, he said he’s “really, really, really” serious about wanting to become the permanent replacement for Trebek. The actor, known best for his roles as Kunta Kinte in ‘Roots,’ Lt. Commander Geordi La Forge in ‘Star Trek: The Next Generation,’ and as the host of ‘Reading Rainbow’ for more than two decades believes he has what it takes.

“This is something that I really think is a good idea,” he said on the podcast. “I think it’s a good fit of what the show is, what the show requires and what I feel like I bring to the table.”

He also went on to say, “I feel as strongly about my rightness for this as I did about Kunta and Geordi. And I’m that invested in getting the job.”

That’s a big statement from someone who is so iconic in both of those roles. He wants to do justice to the legacy of Alex and has the perfect background to do a great job on the quiz show.

For starters, the man won the show in 1995. He beat out Melody Thomas Scott and Dan Jansen in his appearance on Celebrity Jeopardy and amassed $14,500 for charity in the competition. If anyone knows the game, it’s a former winner who watches religiously.

“I’ve watched it almost every night my entire life, or since (I was) in the fifth grade. Like everybody else in America, I just think the world of the game. Because I think we all just love to measure ourselves against what we know is a very high pressured situation. That’s why it’s as popular as it is,” he said.

Beyond his expert familiarity with the show, Burton has already been a host. While a few of the guest hosts have done pretty well in their short runs, none of them know how to host quite like Burton. If you were in elementary school between 1983 and 2009, you have probably heard the Reading Rainbow theme song once or twice. As the host, Burton’s ability to seamlessly tell stories and illustrate a moment is unmatched.

The time Burton spent on Reading Rainbow would translate well to the nature of the Jeopardy! job. It requires a certain style, as he noted on the Mothership Podcast.

“He was unbelievably smooth. You sense that on TV. In person it’s even more apparent just how comfortable he was. And relaxed. And very, very, very, very smooth. Just effortless. And I know how much work it takes to make it look that easy,” Burton said of Trebek.

It doesn’t seem like there is a rushed timeline to find Trebek’s successor, and a new set of guest hosts are set to be announced soon. If Burton isn’t given the opportunity (at minimum) to audition, both he and many of the show’s fans will be disappointed.