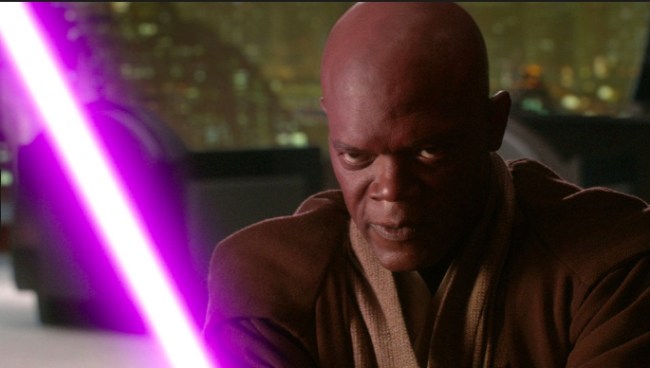 In 2005, a man named Jawed Karim visited the zoo and had someone film him making a dick joke about elephants before uploading the video to a new service he’d dubbed “YouTube,” which would change the internet as we know it by helping make “viral” a term that wasn’t reserved for massive hepatitis outbreaks.

It’s now easier than ever to go viral but plenty of people managed to do so before the coin was termed thanks to chain emails and AOL chat rooms where links to various eBaum’s World videos circulated like a mirror covered in cocaine at a Miami yacht party in the 80s.

You had “Numa Numa” Guy.

There was the severely concussed Afro Ninja.

However, I don’t know if anything defines the pre-YouTube era better than Star Wars Kid, a 15-year-old high schooler who recorded himself pulling off some pretty sick moves with a golf ball retriever.

The teenager set the world aflame and would serve as the inspiration for countless remixes of the original video, and while he might not have been a fan of the fame (or, depending on how you look at it, infamy), he’s still an internet legend whether he likes it or not.

A lot has changed since the original video was posted in 2002, as “nerd” is no longer considered a derogatory term (even though I’ll admit to using it to describe people who play intramural Quidditch).

If you need any more proof nerds have taken over the world, you don’t need to look any farther than France, where lightsaber dueling is now considered a sport thanks to the country’s fencing federation.

According to The Verge, the duels are now officially sanctioned by a higher power, bringing legitimacy to what is now technically a sport:

Obviously, that means participants are required to use an illuminated weapon, although they’ll have to settle for a “blade” made of polycarbonate rather than the magnetically-contained plasma of the films.

While that means the weapons won’t be slicing anyone in half anytime soon, participants will still need to wear masks and armour to protect themselves during matches.

May the force be with them.