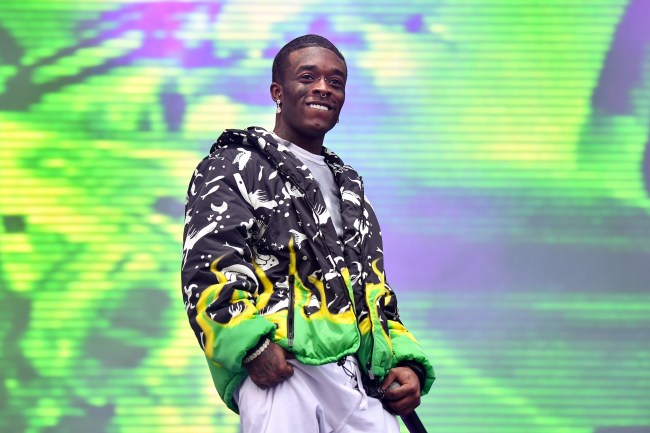 Nearly four months to the day after Lil Uzi Vert got a $24 million pink diamond surgically pierced into his forehead, the 26-year-old rapper has had a rational change of heart.

Back in February, Mr. Uzi Vert unveiled the “10 almost 11 carat” bling for the self-proclaimed reason of not trusting himself to hang onto it. The jeweler Simon Babaev claimed that he and his company had come up with a “specific mounting” made from precious metals to lodge the diamond in there, according to Stereogum.

He announced on Twitter that the stone cost more than “all of [his] cars together,” plus the value of his home, and that he’d been paying it off since 2017, just recently making his final payment.

A post shared by Marni Life( NO STYLIST)1600 (@liluzivert)

$24 million in your melon sounds dope in theory, but when it begins piercing your skull and causing you to leak from your brain, it may be time to reconsider its place.

“If I don’t get it took out the right way I could die,” said Uzi after posting a photo with a bloody forehead, adding, “No seriously.”

Lil uzi hurt got a real blood diamond on his face 😩😩 pic.twitter.com/cVjqLj58K4

The rapper appeared in an Instagram story on Tuesday with his girlfriend, Uzi appears to have had the diamond removed from his head, which I think we can all agree is a sound decision, both fiscally and existentially.

Moral of the story: if you have $24 million in disposable income, do not get a rare diamond stapled to your skeleton. Be reasonable and buy one cat gif NFT.