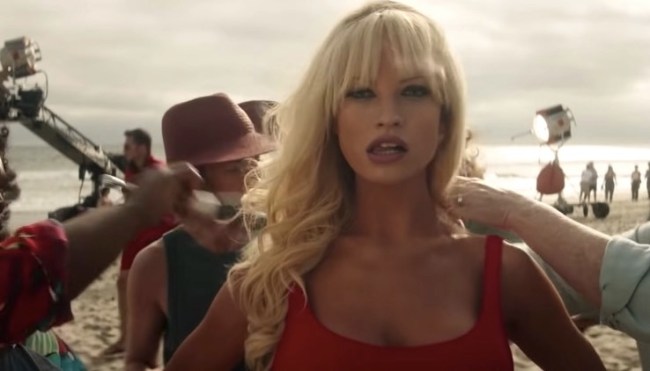 The first trailer for Hulu’s splashy miniseries Pam & Tommy — which tracks the theft and distribution of the pair’s infamous sex tape — has been released and it shows off the incredible transformation of Sebastian Stan and Lily James into Tommy Lee and Pamela Anderson, respectively. And remember: before there was Paris Hilton and Kim Kardashian, there was Pam Andeson.

Here’s the synopsis for Pam & Tommy, via IMDB:

Follows the story of their relationship going back to their whirlwind romance that started with them marrying after only knowing each other for 96 hours in 1995.

Pam & Tommy will premiere on Hulu on Wednesday, February 2.