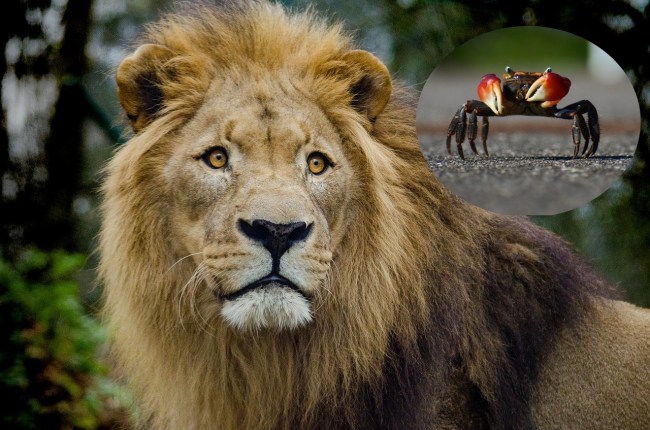 This recent video of a pride of lions not having a clue what to do about a tiny crab is one of those videos we’re lucky to witness. Never in your life have you ever wondered what a lion would do if a crab crossed its path, but now that we have a video of it happening, you’re absolutely intrigued by what happens.

Crabs usually stay hidden in their burrows during the day, but this particular crustacean decided he was ready to get to the river located in the MalaMala Game Reserve in South Africa. The crab was quickly met by the curious Kambula pride of lions and lionesses, but lucky for the crab, they didn’t really have a clue what to do.

The crab, no bigger than four inches, had its claws up and that was apparently enough to keep the lions away as none of them wanted to be pinched across the nose.

The best part of the video is when one of the lions simply lays down beside the crab to wait and see what its next move may be. The crab, on the other hand, had to be terrified when a handful of the lions surrounded him before he was able to claw his way back to safety.

There you have it, a four-inch crab fending off a pride of lions.