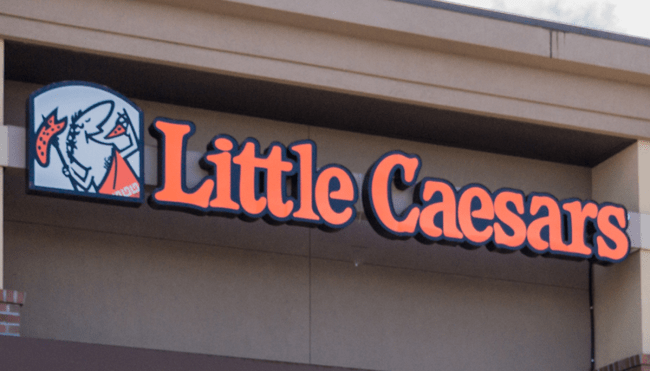 It’s hard to live in New York City without unconsciously becoming a huge pizza snob when you consider you rarely have to wander more than a few blocks to stumble upon a place serving up some truly fantastic fare. With that said, you usually have to pay a premium compared to what you would shell out for a pie from the big chains your parents probably turned to when they weren’t in the mood to make dinner on Fridays during your formative years.

Of course, you get what you pay for. The likes of Dominos and Pizza Hut might not be serving up stuff made with tomatoes plucked from the vine in San Marzano and topped with fresh artisanal mozzarella, but if you’re like me, there are certain nights where you have an itch that only a mediocre pizza can scratch.

Little Caesars is another one of the brands that check that box, as the chain primarily focuses on people in search of a cheap and convenient option when they’re looking to get their pizza fix. One of the main ways it lures in customers is with the Hot-N-Ready pies that are set to be carried out the door as soon as you walk in, which are sold at a price that implies you should keep your expectations fairly low.

With that said, you’d still expect them to put at least a little bit of effort into making them. However, based on a TikTok that recently went viral, it appears at least one Little Caesars location couldn’t even be bothered to do that after the video captured a shopping cart filled to the brim with DiGiorno frozen pizzas tucked behind the counter.

As The Daily Dot notes, multiple people familiar with how Little Caesars normally does business pointed out this isn’t the norm and suggested supply chain issues forced this particular spot to scramble after running out of the ingredients needed to make its own pizza.

With that said, it’s still not the best look.