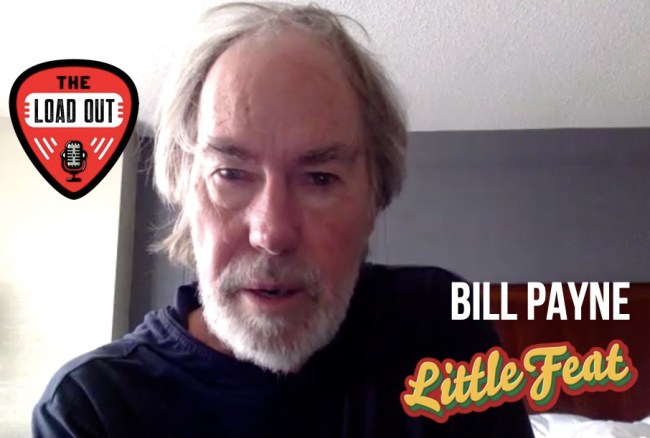 In the late 1960s, Lowell George was playing rhythm guitar in Frank Zappa’s Mothers of Invention when Zappa suggested George leave the band. There are conflicting versions as to why: Zappa believed George was too talented to be a backing player, he did not like the drug references in George’s song “Willin’,” or Zappa didn’t appreciate George’s fondness for pot.

Regardless, George left. He connected with Roy Estrada, who had played bass in the Mothers of Invention, drummer Richie Hayward and keyboardist Bill Payne. The foursome became Little Feat, one of the most distinctive and influential bands in rock history; while “Willin’” would become one of Little Feat’s most recognizable songs.

As bands often do, that Little Feat lineup evolved and expanded, lasting about a decade and producing a series of critically acclaimed albums. In 1979, George dissolved Little Feat due to artistic differences with Payne and then died of a heart attack later that year at age 34.

“I never quite understood Lowell’s reticence to jazz,” Payne told me on the most recent episode of The Load Out Music Podcast. “I don’t know, maybe he was ahead of us or we were behind.”

Payne relishes all that was, and remains, of Little Feat – Lowell George included. He loves that people of all stripes still pack into music venues to see the band play, grooving side-by-side to the sounds of Little Feat songs like “Dixie Chicken” or “Fat Man in the Bathtub.” Yet, he’s deeply concerned with what’s occurring in American culture.

“When you walk outside the concert hall, I find it tougher to hold a conversation with people that don’t appreciate voting rights,” he said. “What’s happening with this country and the world is beyond frightening.”

Payne feels like when Little Feat plays music, however, “all those lines disappear.”

Like Jeff Beck on guitar or Freddie Mercury’s vocals, Payne is revered for what he can do on the keys. His work on the barrelhouse blues piano and Hammond B3 organ is legendary – considered one of the definitive rock-and-roll piano greats along with Leon Russell, Elton John and several others. Payne is so respected, in fact, that he has worked with a who’s who of music elite including The Doobie Brothers, Phil Lesh, Emmylou Harris, Linda Ronstadt, Jackson Brown, Carly Simon, James Taylor, Robert Palmer and the list goes on and on.

About a decade after George dissolved Little Feat, Payne reformed the band with holdovers Paul Barrere, Sam Clayton, Kenny Gradney and Hayward. Craig Fuller seamlessly slid into the lead vocal role and the band released Let It Roll in 1987. The album went on to become an instant success, earning Little Feat its first No. 1 hit on the Mainstream Rock Tracks chart, becoming certified gold and reviving interest in the band’s early works. Payne said Little Feat has always been an “elastic” idea and its success – from 1969 to this day – remains a product of the band’s musicianship.

“I think it’s a direct correlation to the music,” said Payne. “It connects because of the music. Yes, we miss Lowell. Lowell was a defining and distinct voice…When it works, it works because people can grasp what the idea of what that music was and is.”

More than five decades after starting Little Feat, Payne is also the last man standing. He is the only original band member still with the band.

During our conversation on The Load Out, we cover a lot of ground over about an hour. Payne and I discuss his astonishing career in-and-out of Little Feat, reflections on George dissolving the band, the various incarnations of the group, Payne’s love for making music and sadness for those who’ve passed, as well as his concerns regarding race and politics.

We also zero-in on perhaps the only missing piece from Little Feat’s 50-year resume: Sitting on the outside looking in at the Rock and Roll Hall of Fame – a remarkable hole for the group Led Zeppelin’s Jimmy Page calls his favorite American band.

“Yeah, I’d like to see that for Little Feat,” Payne said. “I think it’s well deserved. I think that if Little Feat can’t get it, who the hell should?”

For any concerns he may have, Payne still finds solace in the “community” that is Little Feat. Over a half-century, it’s been a revolving yet consistently diverse collection of players with varied beliefs and backgrounds that has endured even now.

The legendary Bill Payne has a lot to say, so sit back, enjoy and have a listen to the most recent episode of The Load Out Music Podcast.