Rock Pioneer Little Richard Passes Away At The Age Of 87 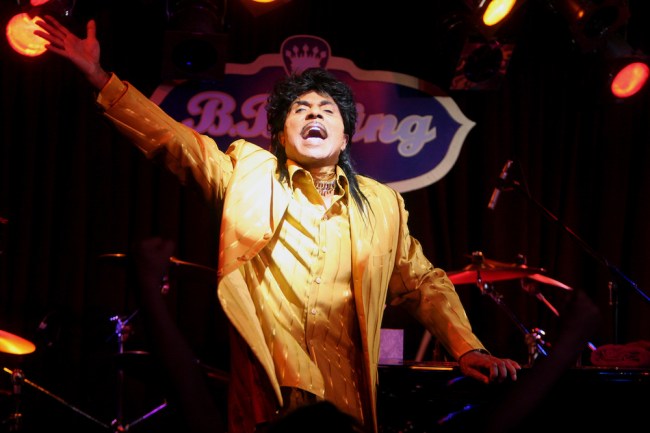 Richard Wayne Penniman, better known to the world as Little Richard, passed away on Saturday at the age of 87.

The singer and songwriter was an influential figure in popular music starting in the mid-1950s. His ground-breaking music and charisma laid the foundation for rock and roll act for decades to come.

Starting with “Tutti Frutti” in 1956, Little Richard cut a series of unstoppable hits – “Long Tall Sally” and “Rip It Up” that same year, “Lucille” in 1957, and “Good Golly Miss Molly” in 1958 – driven by his simple, pumping piano, gospel-influenced vocal exclamations and sexually charged (often gibberish) lyrics.

“I heard Little Richard and Jerry Lee Lewis, and that was it,” Elton John told Rolling Stone in 1973.

Richard’s music played a vital role in the formation of other popular music genres, including soul and funk.

Little Richard did not invent rock ’n’ roll. Other musicians had already been mining a similar vein by the time he recorded his first hit, “Tutti Frutti” — a raucous song about sex, its lyrics cleaned up but its meaning hard to miss — in a New Orleans recording studio in September 1955. Chuck Berry and Fats Domino had reached the pop Top 10, Bo Diddley had topped the rhythm-and-blues charts, and Elvis Presley had been making records for a year.

But Little Richard, delving deeply into the wellsprings of gospel music and the blues, pounding the piano furiously and screaming as if for his very life, raised the energy level several notches and created something not quite like any music that had been heard before — something new, thrilling and more than a little dangerous. As the rock historian Richie Unterberger put it, “He was crucial in upping the voltage from high-powered R&B into the similar, yet different, guise of rock ’n’ roll.”

The news comes on the heels of the passing of another legendary performer. Roy Horn of Siegfried & Roy died on Friday after complications from coronavirus.

As of now, the cause of Richard’s death is unknown.