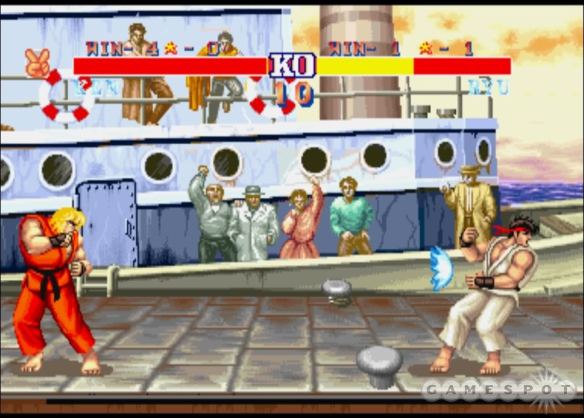 Great news for Street Fighter fans, you are getting a new live-action TV series. Fire off a fireball and scream “Hadouken” if you’re excited. Deadline is reporting that Capcom has given the blessing to create a new television on the beloved video game that first debuted in 1987.

The Street Fighter TV show will be created by distribution and production company Entertainment One, which has production credits for Saving Private Ryan, Speed, Grey’s Anatomy, and Quantico. They have already started collaborating with the production team behind Street Fighter: Assassin’s Fist, a web series that debuted in 2014.

“After a long search, guided by the team behind Assassin’s Fist, we are delighted to be partnering with a company with the outstanding TV experience of Mark Gordon and eOne. They have the credentials to help us launch a faithful adaptation of Street Fighter as a major TV series,” said Yoshinori Ono, Capcom’s executive producer on the Street Fighter series.

The TV show will be based on Street Fighter 2: The World Warrior‘s storyline, which came out in 1991. That game featured classic characters like Ryu, Ken, Chun-Li, and Guile. We will be very disappointed if there’s no Blanka and Dhalsim.