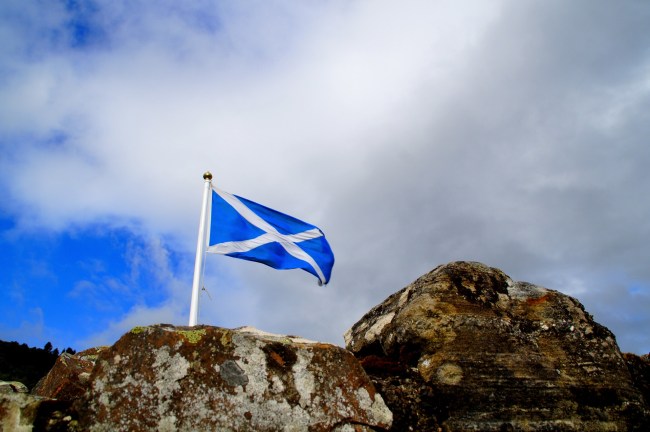 The most frequent argument against the existence of creatures like the Loch Ness Monster and Bigfoot is if these creatures exist why hasn’t there been a crisp photograph taken of them now that everyone in the world has an HD camera in their pocket in the form of a smartphone? It’s a valid argument. If the Loch Ness Monster is really out there swimming around then we should’ve seen a decent photograph of her by now.

It’s not at all that I’m the type of person who believes there are these mystic creatures out there in the wilderness hiding from humans, it’s that I want to believe because it makes life a little more fun. And that’s what makes this particular photograph so intriguing.

This is a crisp image taken tourist Steve Challice who was visiting Loch Ness from Southampton. Many are looking to this as evidence of the Loch Ness Monster’s existence. Personally, I suspect it’s a seal just like another wild image taken a few years back. But I really want to believe this is Nessie.

We’ve already received confirmation of UFOs from our government, why shouldn’t 2020 throw us legitimate news about the existence of the Loch Ness Monsters?

Check out the photo and judge for yourself:

Here’s the rundown on this sighting, via DailyRecord:

Steve Challice, from Southampton, was on holiday in Scotland in September with his brother last year, when they decided to visit Urquhart Castle on the banks of the famous loch.
Spotting the chance to get away from the majority of the other tourists who had just arrived in a couple of coaches, Steve explained that he initially photographing the opposite shore when he saw a “sort of ripple in the water”.
Adding that at first he spotted what he assumed at the time was some sort of fish, he said: “I started taking a couple of shots and then this big fish came to the surface and then went back down again.
“It only appeared in one shot and to be honest that was something of a fluke. I watched for a while as you can see from the last picture but didn’t see it again.” (via)

As I mentioned above, my personal hunch is this was a seal. You can compare that footage above with this picture taken a few years back that had believers absolutely convinced of the existence of Nessie but it turned out to be a few seals swimming together.

I want to believe this latest picture is an actual photograph of the Loch Ness Monster. Sadly, even if we found out Nessie was real this year has been so strange that the news cycle would already forget about it and move on by the weekend.