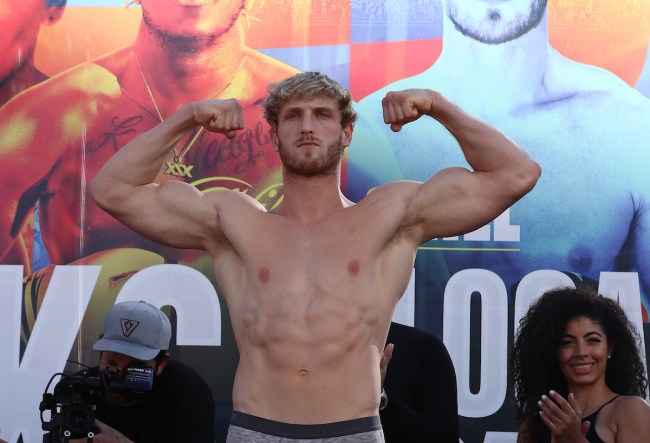 Is YouTube star and part-time fighter Logan Paul considering a jump to the WWE?

An interaction with WWE star Sami Zayn makes it appear as though Paul might make an appearance sometime soon.

Here’s a quick backstory for the people who don’t watch Smackdown on the regular.

Sami Zayn was beaten for the Intercontinental Championship at the end of last year. Since then, Zayn has been trying to prove that there’s a company conspiracy against him. He’s being followed around by a film crew to document all the different ways the WWE is holding him down.

Zayn tweeted at Paul –  who recently started following the WWE star on Twitter – to “Check your DMs.”

“I sent a bunch of raw footage that my documentary crew has collected over the past few months. What you saw was the tip of the iceberg. No one understands how bad,” tweeted Zayn.

Logan Paul replied “yeah i checked it out. you might be on to something.”

yeah i checked it out. you might be on to something 😯 https://t.co/RtKm0L5mo1

In the latest edition of Wrestling Observer Newsletter, Dave Meltzer speculated on a possible deal between the WWE and Paul, especially after Paul’s last exhibition fight against KSI beat out the AEW pay-per-view head-to-head back in 2019.

Though that was a long time again and AEW has since seen its PPV numbers tick up.

Paul making an appearance in WWE isn’t crazy considering the success the company has seen working with Bad Bunny over the last few months.

Speaking of former athletes working with the WWE, Paul’s exhibition fight with ex-WrestleMania participant Floyd Mayweather still doesn’t have a date. That might be a good thing for Paul since people like Mike Tyson think the YouTuber will easily get his brains beat in.