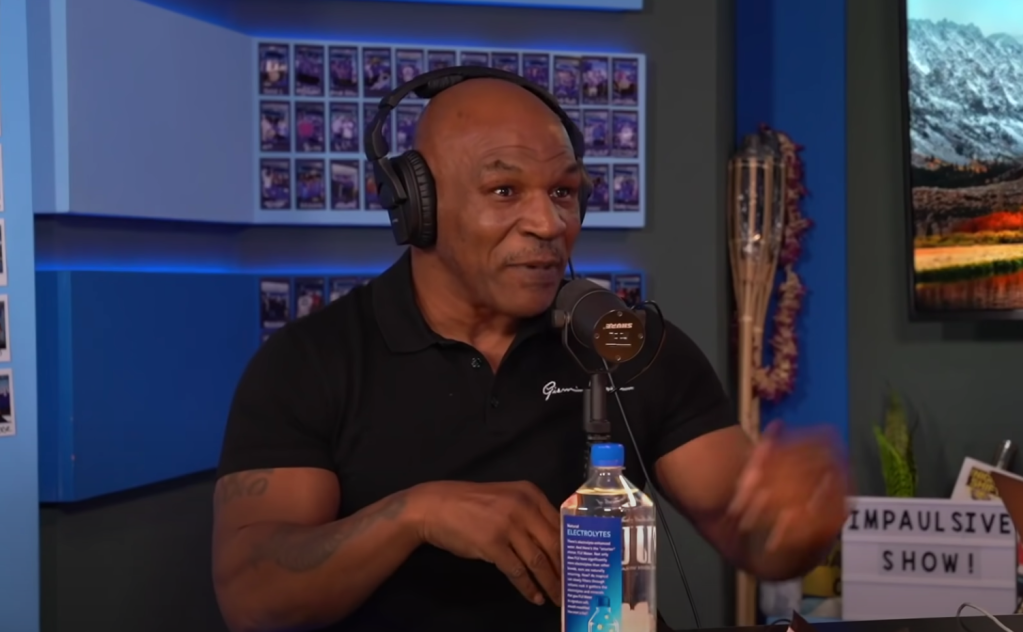 A Floyd Mayweather Jr. vs. Logan Paul exhibition fight isn’t something I ever expected to see in my lifetime but it’s happening next month. Floyd and Logan are set to fight on February 20, 2021, in an exhibition that will no doubt make tens and tens of millions of dollars.

There’s no doubt in my mind that Logan Paul thinks he’ll hold his own against Floyd Mayweather Jr. He believes he’s a great boxer just like every dude you’ve ever known who has hit the boxing gym and gotten in the best shape of his life. My roommate did this years ago. Hit the boxing gym, lost a bunch of weight, started feeling great, then got in a fight at the beach during spring break and his nose was broken like a twig.

Logan Paul welcomed Mike Tyson onto his podcast. Mike knows as much about the sport of Boxing as anyone on the planet. And that’s part of what makes it so disturbing for Logan Paul when Mike Tyson calmly and cooly explains that Floyd Mayweather Jr. is going to “beat his fucking ass” in the ring and Logan might not even land a single punch. Iron Mike has ice in his veins while shattering Logan’s world.

When Mike Tyson tells him that Floyd Mayweather is going to “beat his fucking ass” it’s as if you can see any hope he had drain from his face and the fog is lifted. He sees reality for the first time and realizes he’s about to step into the ring with one of the greatest boxers in all of history and there’s not a single thing he can do to stop himself from getting beaten like a rented mule aside from backing out and looking like a coward.

I hadn’t planned on paying for the Floyd Mayweather Jr. vs. Logan Paul fight on February 20th but at this point I think I’ll have to. Everyone will. We owe it to ourselves to watch this dude’s entire world shattered as he gets beaten mercilessly in the boxing ring. I’m sure he’s redirecting all of this criticism to fuel his training and get fired up to face Floyd but he’s going to get absolutely destroyed.