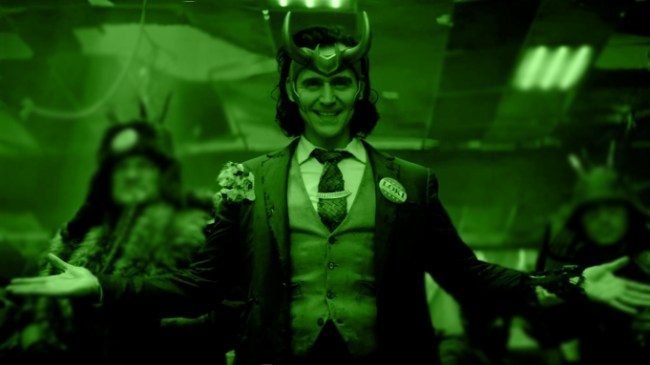 Just a few days ahead of the premiere of Loki — the third Marvel Cinematic Universe series to hit Disney+ following WandaVision and The Falcon and the Winter Soldier — the first critic reactions have begun to hit social media.

Based on what critics are saying so far, Loki is unlike anything the MCU has done so far as it’s not only a detective crime thriller, but it also dives headfirst into the multiverse. Owen Wilson, who plays Time Variance Authority agent Mobius M. Mobius, also seems to racking up praise.

Was hoping #Loki would be the best MCU series and the first 2 eps. put it on that track.

And Owen Wilson is perfect. pic.twitter.com/OXHsIHdmtr

I think @ScottPorch may have said it best when he described to me as having Good Place meets Men in Black vibes. Owen Wilson is absolutely perfect in his role and the show delivers the best packaged exposition of the MCU Disney+ empire.

#Loki has hands down my favorite first TV episode for Marvel Studios yet.

Tom Hiddleston is just too good in the role, picking up 2012’s Loki instantly. He’s brilliant.

Early exposition comes with awesome details for MCU fans. I really like the start. Lots of potential here! pic.twitter.com/wY6HiYzGHC

#Loki is on another level, probably the best opening out of the Marvel Disney+ series’. @iamkateherron and @michaelwaldron have crafted something very special from a storytelling and visual standpoint! pic.twitter.com/EHooBbTm5n

I've seen the first 2 episodes of #Loki & I'm LOVING it so far. It's a time-traveling detective show that's laying groundwork for the MCU multiverse while also being about identity & confronting ugly truths about ourselves. The Tom Hiddleston/Owen Wilson bromance is my favorite pic.twitter.com/w9yLLHGEHJ

Hiddleston & Wilson are a splendid duo. Miss Minutes is a superstar.

Who knows where it goes, but the beginning has the makings of something special. pic.twitter.com/TTrOKXrWxY

first two episodes of #Loki are fantastic. Obviously @twhiddleston is still perfect in the role but I love how the series is expanding the MCU in a new direction and we're watching Loki try and figure out what's going on rather than having him in control. pic.twitter.com/TP45W73bvi

#LOKI is unpredictable in ways that I feel were lacking in Disney+'s other MCU shows. It doesn't waste time dragging out big reveals, leaving plenty of room for more and making it nearly impossible to telegraph what's coming next. We're all just along for the wild, glorious ride.

The @LokiOfficial show is outstanding. Marvel continues to change things up, this is unlike anything they've done before. A focus on the god of mischief that gives us our best look at his character, his fears, his insecurities and his glorious purpose. Oh, and Owen Wilson rocks pic.twitter.com/jKERNTakMA

Oh and the Owen Wilson thing is no joke. He's great.

The key to Wilson, in this role and in general, is his ability to deliver facts without being smug or terse. There's an underlying sincerity and kindness to him. He seeks to understand Loki without judging him.#Loki pic.twitter.com/T5b5ABJ5oU

… and them on screen together is something we should hope lasts for several seasons.

Marvel's time-travel rules & explanations are still mega questionable and there's a layer of mystery which I hope leads to something bigger and more detailed since the TVA is so weird. (2/2) pic.twitter.com/PHcDLdHzBk

No spoilers and full review to come. But so far I’m extraordinarily happy to report that #LOKI is exactly what I wanted it to be: funny, weird, and exciting television. pic.twitter.com/w8NTJdzsKg

A big ol' YAY for the Beetlejuice vibes of the TVA! After two episodes, #Loki looks like it's VERY much my thing. Fascinated by the TVA and the timeline rules I'll no doubt obsess over. And love how the story is challenging Loki to assess/reassess his actions. pic.twitter.com/raD9QC78O1

I’ve seen the first two episodes of #Loki and it’s as fun, funny, odd and twisted as I’d hope and expect from the God of Mischief! Love the snarky bromance between #TomHiddleston and #OwenWilson. More of everything please!!! pic.twitter.com/d9WZaLtE4n

The first 2 eps of #Loki are catnip for Marvel fans. Dense on world-building, callbacks & mystery. Hiddleston is on fire. The new characters rule & there's A TON to unpack & unravel.

It's a little light on action (so far) but I didn't care. I fell hard for this new Marvel world. pic.twitter.com/nVR9MQgn7W

The first episode of Loki will hit Disney+ on Wednesday, June 9. Our full review of the first two episodes will drop on Tuesday, June 8, so make sure to check that out.

The MCU’s expansion into television isn’t slowing down anytime soon, as What If…?, Ms. Marvel and Hawkeye are all set to premiere on Disney+ later this year.