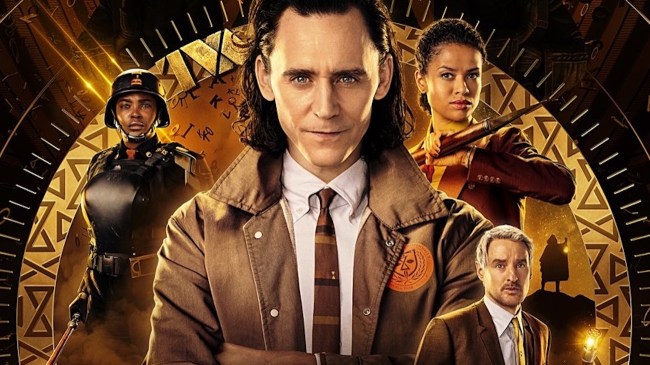 The reviews for Loki, the third Marvel Cinematic Universe series to hit Disney+, have been published, and critics are hailing the series for its potential to be the best MCU show yet.

Not only are critics praising the series itself, but they’re also excited about how Loki will be influencing the Marvel Cinematic Universe as a whole. In fact, Marvel Studios President Kevin Feige confirmed as much, as he recently revealed the show will have “more impact on the MCU than any of the shows thus far.”

“After two episodes, Loki is at a tipping point. Having set everything up to an exhausting degree, things could be lined up to get really entertaining,” says The Hollywood Reporter.

“As a viewer you may have free will, but you may also find you absolutely have to keep watching this layered, inventive, enormously entertaining series,” CNet claimed in their review.

“It blends elements of buddy comedies and police procedurals with a hefty dose of classic sci-fi, helped along by an incredibly charming cast. It’s also a story that seems ideally suited for episodic storytelling, with the space to dig deeper into a character that’s often stuck on the periphery of larger moments. In its first two episodes, Loki nails the formula,” said The Verge.

Not all reviews were glowing, though, as IndieWire categorizes the series as “exhausting” and “far less fun than it has every right to be”:

“The MCU is fatalistic, and Loki’s purpose is to introduce the TVA, the Multiverse of Madness, or whatever glorious purpose Marvel needs. At least, that’s how it feels when you spend all your time playing with straws.”

As for BroBible‘s review, I had gone into the series hoping that it would be the best MCU series and the first two episodes certainly put it on that track. Loki boasts sharp dialogue, sneaky emotional plot points, great range from its star Tom Hiddleston, an awesome score, and a unique crime thriller vibe, while also serving as a crash course in multiverse rules. Oh, and Owen Wilson is perfect.

The first episode of Loki will hit Disney+ on June 9, with subsequent episodes hitting the streamer for the next five Wednesdays thereafter.