London Set To Ban Uber, Stating The Ridesharing Company Is ‘Not A Fit And Proper’ Business 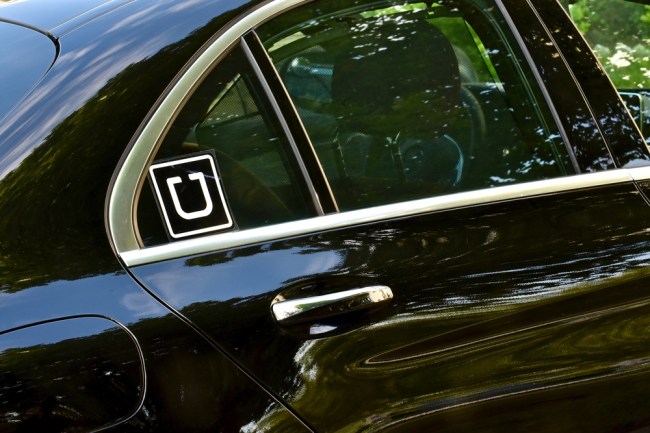 Uber is set to lose their license to operate in London after the city’s top transportation authority ruled that the ride-sharing company was not a “fit and proper” business. Uber Technologies Inc. will not have their current permit renewed next month, meaning they must stop operating in eight days.

Transport for London (TfL) pulled Uber’s operating certificate, which any privately run car service needs to pick up passengers. Transport for London said the company demonstrated “a lack of corporate responsibility” related to potential public safety and security. “TfL considers that Uber’s approach and conduct demonstrate a lack of corporate responsibility in relation to a number of issues which have potential public safety and security implications,” it said in a statement.

TfL has today informed Uber that it will not be issued with a private hire operator licence. pic.twitter.com/nlYD0ny2qo

Uber responded in a statement that said, “This ban would show the world that, far from being open, London is closed to innovative companies who bring choice to consumers.”

Tom Elvidge, the general manager of Uber in London, issued a statement:

“40,000 licensed drivers who rely on Uber to make a living, will be astounded by this decision. By wanting to ban our app from the capital Transport for London and the Mayor have caved in to a small number of people who want to restrict consumer choice. If this decision stands, it will put more than 40,000 licensed drivers out of work and deprive Londoners of a convenient and affordable form of transport. To defend the livelihoods of all those drivers, and the consumer choice of millions of Londoners who use our app, we intend to immediately challenge this in the courts

It should be noted that Uber has been working on driverless cars for some time now and rolled out a fleet of autonomous vehicles that require no driver in several cities including San Francisco, Pittsburgh, and Tempe, Arizona.

The TfL said Uber had issues reporting serious criminal offenses and background checks. Uber argued that it complies with all rules, reports incidents, and has the same background check criteria as London’s black cabs.

BuzzFeed found 6,160 results or cases within Uber’s ticketing service when they did a search of the words “sexual assault” between December 2012 and August 2015. Uber responded to the report by saying that the company had received “fewer than” 170 sexual assault claims and five claims of rape over that time span. The website WhosDrivingYou.org keeps a running database of incidents involving Uber and Lyft. They note 73 alleged assaults, 306 alleged sexual assaults, 11 alleged kidnappings, and 31 alleged deaths stemming from people using the ridesharing apps.

Uber obtained their license in 2012 and this past May, TfL renewed the company’s permit to operate for four months. However, if things stand, it will expire at the end of September. Uber has said it will appeal the decision, which is expected to delay the loss of their license and give riders a longer window to use their service.

London Mayor Sadiq Khan supported the decision to take away Uber’s license. “I want London to be at the forefront of innovation and new technology,” he said in a statement. “However, all companies in London must play by the rules and adhere to the high standards we expect — particularly when it comes to the safety of customers.”

He explained why Uber was losing their license.

London Mayor Sadiq Khan explains why Uber has lost its licence in the capital pic.twitter.com/ukhzteFGpL

This is a huge hit for the San Francisco-based company because they have an estimated 3.5 million users of their service in London and 40,000 Uber drivers in the British capital. Uber, which has a valuation of close to $70 billion, operates in more than 425 cities in 72 countries and has around 30 million monthly users. Uber estimates that it had $4 billion in net revenues in 2016, which is more than double the net revenues of 2015.