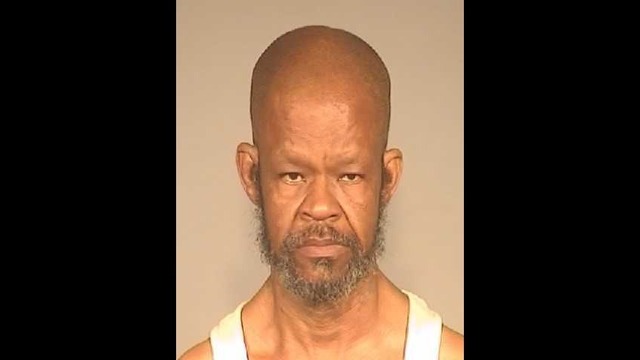 You may recall the Internet tour de force known as Wide Neck Guy. Wide Neck Guy rose to fame for showcasing his unreasonably wide neck in several mugshots. Once he realized that he was an Internet Hearthrob, Wide Neck Guy started doing cameos with other Internet-famous people and he even came out with merch that had his photo on it. Gotta take advantage.

Well, today we are blessed with another soon-to-be Internet sensation who has a larger than life body part. Just like Long Neck Guy and Wide Neck Guy, Long Head Guy is ready to take the Internet by storm.

Haven’t seen a head like this since Bert from Sesame Street. Or any cartoon alien you’ve ever seen.

Now that we’ve taken a few moments to soak in this magnificent head, lets talk about why this homeless man was arrested.

According to a report posted on the Fresno County Sheriff’s Office website, Phillip Lester, 61, was arrested Tuesday and charged with assault with a deadly weapon other than a firearm.

According to KSEE, the street fight was caught on video.

In the video, it appears that Lester is holding a bat and fighting with a second man who appears to be holding a metal rod.

What are the odds the fight was sparked by a mean, but factually accurate, comment regarding the size of Lester’s head?