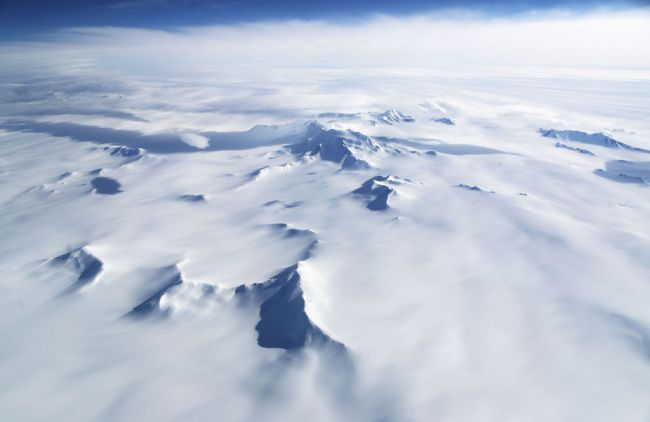 Is there anything worse than losing your wallet? Besides the financial loss, there is the maddening aspect of having to cancel and replace your credit cards and having to get a new driver’s license during the pandemic. Now think about all of the irritation of losing a wallet… in Antarctica. A San Diego man lost his wallet in Antarctica more than a half century ago.

Navy meteorologist Paul Grisham traveled to Antarctica in October 1967, where he spent 13 months monitoring weather conditions as a weather forecaster at a Ross Island-based science station. Grisham worked at the McMurdo Station, which is the southernmost town on Earth. Not really using that wallet to walk to the local Starbucks to grab a cup of joe.

Grisham was assigned to duty in Antarctica as part of “Operation Deep Freeze,” where the Navy provided logistical support to civilian scientists.

In 2014, the building at McMurdo Station was demolished. Behind a locker, there lay a wallet, belonging to Grisham. The wallet had Grisham’s Navy ID, his driver’s license, a tax statement, receipts for money orders sent to his wife for his station poker winnings, a pocket reference card for what to do in the case of different disasters (atomic, biological, chemical attack), a beer ration punch card, and most importantly a recipe for homemade Kahlua.

New Hampshire man Stephen Decato, who formerly worked for an agency that does snow cap research in Antarctica, decided to track down Grisham to return his lost wallet. Decato and his daughter, Sarah Lindbergh, did detective work to locate Grisham.

Lindbergh reached out to Bruce McKee of the Indiana Spirit of ’45 nonprofit foundation, who in turn contacted Gary Cox of the Naval Weather Service Association, where Grisham is a member. They were able to mail the long-lost wallet to Grisham, who is now 91-years-old and living in the much warmer San Diego.

Retired Navy Lt. Paul Grisham received the wallet on January 30, complete with his driver’s license and the recipe for Kahlua.

“I was just blown away,” said Grisham. “There was a long series of people involved who tracked me down.”

“Let me just say this, if I took a can of soda pop and set it outside on the step, if I didn’t retrieve it in 14 minutes it would pop open because it had frozen,” he reminisced about living in Antarctica. His Navy service sent him to Guam, Hawaii, and Japan. He spent four years aboard the USS Bennington in the 1950s and ‘60s, and a two-year stint on the USS Hancock during the Vietnam War.

“If it was my dad’s possessions, I would have treasured it as I think they will,” Lindbergh told the San Diego Union-Tribune. “It was a feel-good thing to do, and both my dad and I have gone to bed thinking that another family was as happy as we are. My grandpa would be so proud, and my dad is proud to have things in their rightful places.”