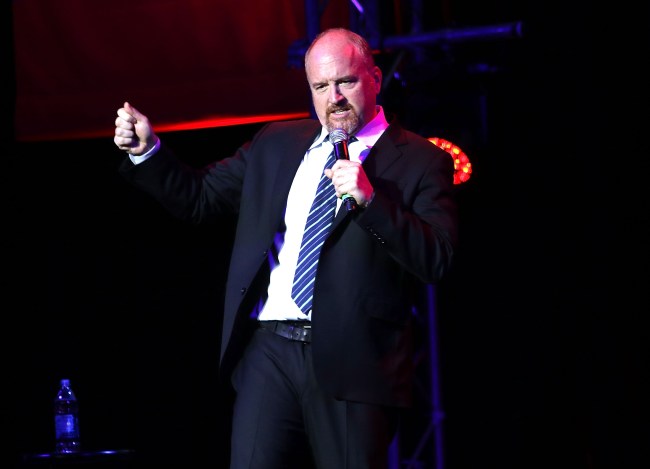 The Comedy Cellar in Manhattan’s Greenwich Village took a controversial risk hosting Louis C.K. in his first set nine months after admitting to sexual misconduct and harassment of female coworkers. Protesters staked outside the club before the August 2018 set, with one woman describing the experience to Vulture as “so uncomfortable and so disgusting.”

The blowback was so apparent that the Cellar implemented a new policy that they’ll foot the bill for anyone who wants to leave in the middle of a show because a surprise guest makes them uneasy.

this, from comedy cellar owner noam dworman on louis ck's surprise sunday performance, is bs for at least 2 reasons:
1) a "permanent life sentence"? it's been 9 months!
2) in this case the audience was literally unable to decide for themselves bc it was an unplanned appearance pic.twitter.com/Tg8tTtc4xV

Cellar owner Noam Dworman wouldn’t have put his ass on the line for just anyone. Louis is a long-standing Comedy Cellar icon and frequented the Cellar in his FX show Louie. He told Bill Simmons on the Grantland podcast in 2012 that then-owner Manny Dworman (Noam’s father) “kept comedy alive” by making him and other comedians perform on empty stages in the 1990s to lure new customers.

Louis has shown his appreciation for everything the small comedy club on Macdougal Street has done for him with his wallet.

The 52-year-old comedian donated $30,000 to help the wait staff at the comedy mecca, in conjunction with a GoFundMe set up by stand-up star Mike Birbiglia.

The GoFundMe had a target goal of $50,000 and has blown that number out of the water thanks to donations from the following comedians and…John Mayer?

At the time of this writing, the fundraiser has raised nearly $105,000 from 280 donors. Louis’ donation amounts for nearly 30% of that number.